That game took a hardcore genre and wrapped it up in a package that was going to appeal to everyone. Brawl Stars, on the other hand, feels more like a casual game that's been draped in the trappings of something with a little more meat than it actually has.

Brawl, with a star

There's loads of action here, and always something to play when you load it up. The progression is pretty good as well, and as you'd imagine from Supercell everything is polished to a mirror sheen.

You control the game with two sticks on the screen. One controls the direction you're heading, the other lets you fire. You don't fire automatically though - you aim and then lift your finger up to fire. Or if you'd prefer, a quick tap of the shoot button will fire a blast at the enemy closest to you.

You've also got a special move that charges up as you do damage to the other players. You fire that out with a seperate stick that flashes up when you've got enough power to use it. There are a whole bunch of characters, and they have different styles of play. Some of them are brawlers, others offer a longer range option, others still throw out AOE attacks.

Different modes offer different levels to play through. You start off with a team game that's all about collecting gems. They pop out of box in the middle of the map, and the first team to hold ten for 15 seconds is crowned the winner. If you're carrying gems and you get killed, they spill all over the map where you fall. 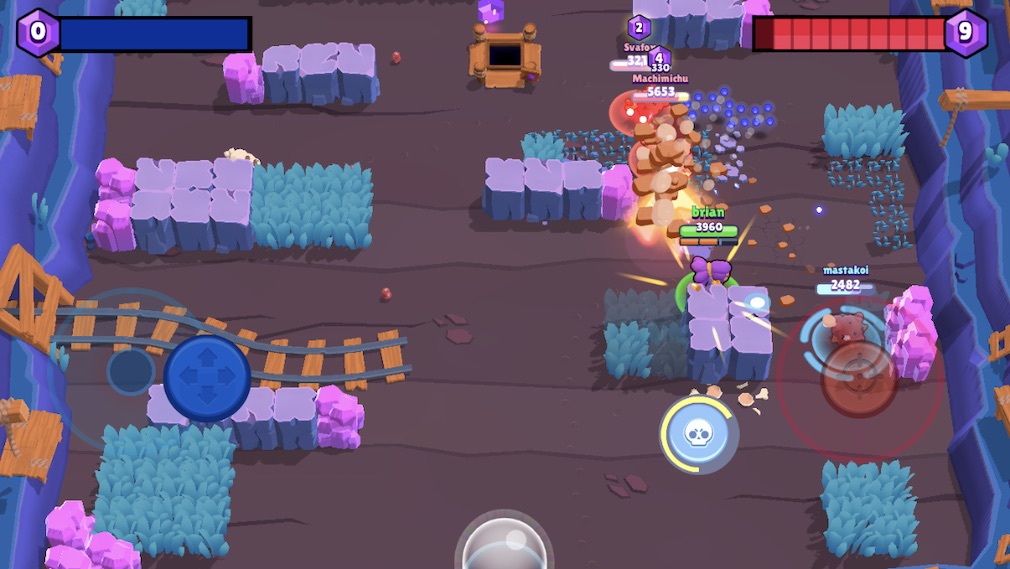 There's the inevitable battle royale mode that you can play solo or with a friend - rather than giving you 99 other players (or 49 other teams) to murder, here there are only ten. Poison clouds come in from the sides to squish the playfield and focus the action.

In all honesty the battle royale mode is the weakest of those on offer here. It's fine, but it doesn't capture the real madness of the genre, and there's a distinct lack of tension since you can pretty much see everyone on the map and what they're up to.

There's a heist as well that's all about shooting the opposing team's base safe and nabbing their games before they do the same to you. Then you've got a bounty hunting mode, and a mode that's essentially an incredibly violent game of football - first team to score two goals is crowned the winner. 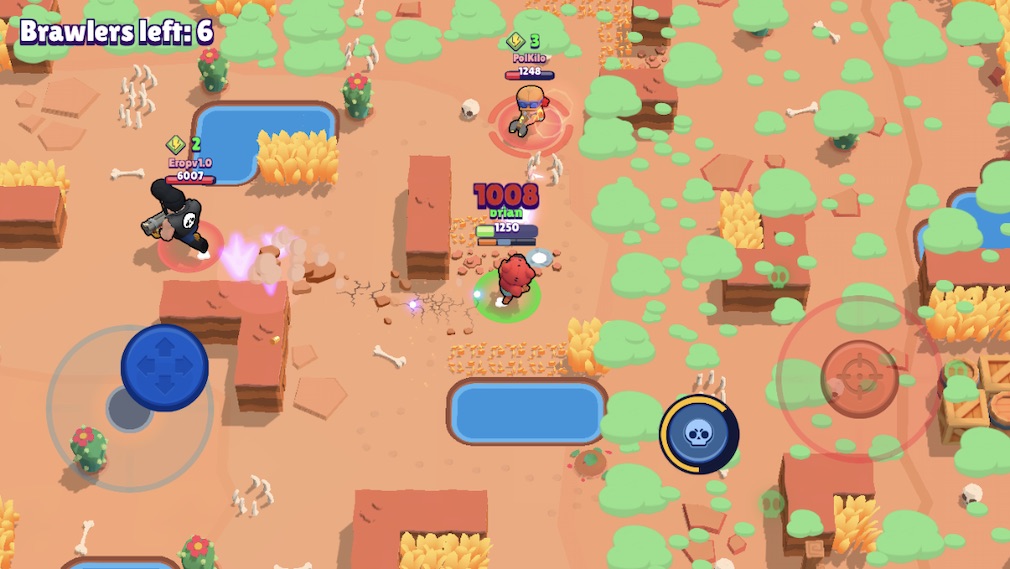 Some of the modes bounce around in the daily events menu, meaning every day you've got something fresh-ish to play. Finding a match is as easy as pie, and the short-sharp blasts of violence are the perfect size for mobile gaming.

But here's the thing - there feels like there's something missing in Brawl Stars. You'll play, you'll get new characters, you'll unlock new modes, but you're never having quite as much fun as you feel you should be doing. For hardcore shooter fans everything is a little too ponderous - for casual players the whole thing is going to feel like walking into a field and having your head caved in.

And what's missing is the tension that online shooters need - in the time we've played it, there haven't been any edge-of-the-seat moments. We've lost miserably, we've won fantastically, but those last-second saves or sudden changes of fortune don't seem to happen. 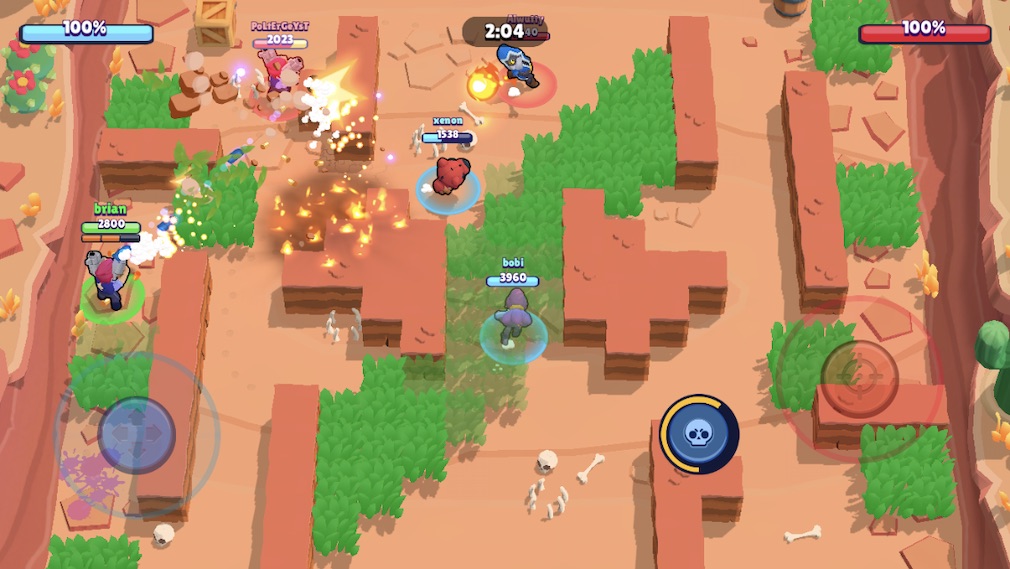 Instead the action is relatively flat - in the team matches you know within the first few seconds which way the game is going. There's fun here, but it's a brief sort of fun. Where Clash Royale had something close to the perfect compulsion loop, there just isn't enough excitement here to make jumping back in a certainty.

Brawl Stars has all the swagger of Supercell at its best, but it doesn't manage to back it up with an experience that's essential. You'll enjoy the time you spend with the game, but this isn't the huge step forward for multiplayer mobile action that a lot of us were hoping for.

Brawl Stars is every bit as well put together as you'd expect, but its matches always feel like they're missing a key ingredient
Next Up :
Turtle Beach Recon Cloud review - “A great controller, but maybe not best-suited for mobile”