Developer NEOWIZ announced today that its massively popular tactical MMORPG Brave Nine is hosting a sequel to the first collaboration with Triple Fantasy. This crossover will feature eight brand new characters for use within your party, as well as some free log-in rewards that mostly include in-game currencies used to upgrade characters.

Fresh off, the recent Legend of Heroes collaboration effort, Brave Nine is now teaming up with a familiar face to long time players; Triple Fantasy. Triple Fantasy is another mobile tactical RPG, and earlier on in Brave Nine’s lifespan, they once crossed paths and offered up some special content for both games. 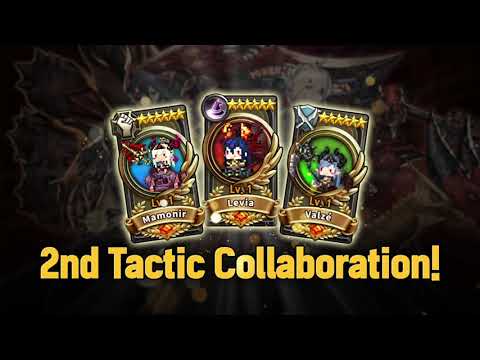 This is not a rerun event as some titles host, however, this is much more of a sequel to the original crossover. This specific event will feature eight brand new, never before seen characters to Brave Nine, each obtainable by pursuing special limited-time quests and challenges, as well as one at random being given to any player that logs in during this event’s runtime.

The eight new characters are lifted right from Triple Fantasy and will feature members of the main cast from that game such as Seto, Beliath, Lucius, Levia, and more. Each of these new characters will feature unique abilities that will drastically change how you use your Brave Nine team composition, adding some new flair to the usual gameplay loop.

Whether a fan of Brave Nine or Triple Fantasy, this event is perfect for you to get into and collect some of your favourite characters, or use them in a brand new setting for new Brave Nine players. Either way, if you’re interested, you can find Brave Nine for free on both the App Store and Google Play as well!

Looking for more anime-inspired action? Check out our Top 25 best JRPGs for Android!
Next Up :
Raccoon Unhappy is an upcoming action roguelike that'll soon launch its testing phase this week