Mobile sports simulator Boxing Star is celebrating its fourth anniversary with a handful of new content and some special events. This content includes a new boss fight, the ability to upgrade your protective gear, new in-game rewards, and some new cosmetics for characters themed around the celebration.

First up, that new boss fight. Gregory, the world’s toughest villain who looks straight out of Punch-Out, will now feature in boss mode. You’ll be facing off against Gregory on a special boss stage, dealing with his strategic attacks and flashy skills as well as his super-powerful gear. But you won’t be too far on the back foot, as you can also upgrade your own gear in return by overpowering it, giving it new skills and higher defense. This is likely the prime way you’ll be able to square off against this new powerful foe, as overpowering your gear will make you considerably more strong and able to take quite a few more hits. 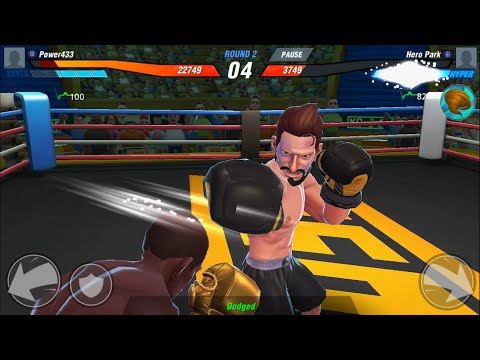 Next, we’ve got the fourth-anniversary mission event. This one’s pretty simple. All it involves is completing a list of in-game missions and challenges, such as defeating x amount of bosses in boss mode, and when complete, will net you heaps of in-game rewards and powerup materials. This, alongside the daily rewards you’ll be getting just for logging in, means you can expect tons of free handouts to help you along your boxing journey.

And finally, there are a few new cosmetic accessories up for grabs, each earnable by simply accessing the game during the runtime of the anniversary event. So, given all this free stuff you can earn, there’s never been a better time to try out Boxing Star! If you’d like to do so yourself, you can find it for free on both the App Store and Google Play.

Looking for more sports simulators? Take a look at our Top 25 best sports games for iOS!
Next Up :
Summoners War Chronicles gets an official release date for Korea