Maybe you were wondering how you can improve the way you are handling bots, or enhance your gameplay in general? These BotWorld Adventure tips will help you out!

BotWorld Adventure is a strategy-based battler where you play as an animal who's trying to become a Bot Master in bot battles. These battles involve creating your own small robots to put into an arena to duke it out and see who comes out on top.

In many ways, it may remind you of something like Battle Bots, a popular sporting event that has been on for decades where teams design robots and place them in an arena to battle other bots. This is very similar except you spend much of your time in the wild.

By the way, you should definitely check out the Botworld Adventure tier list of the best bots post that we have. It will help you decide which bots to focus on.

You'll come across wild bots on the loose in the jungle that you can battle. It's a strategic experience where you place your bots in the battle area and watch them go to work. You can't control them. It's also like Teamfight Tactics which has the same approach. 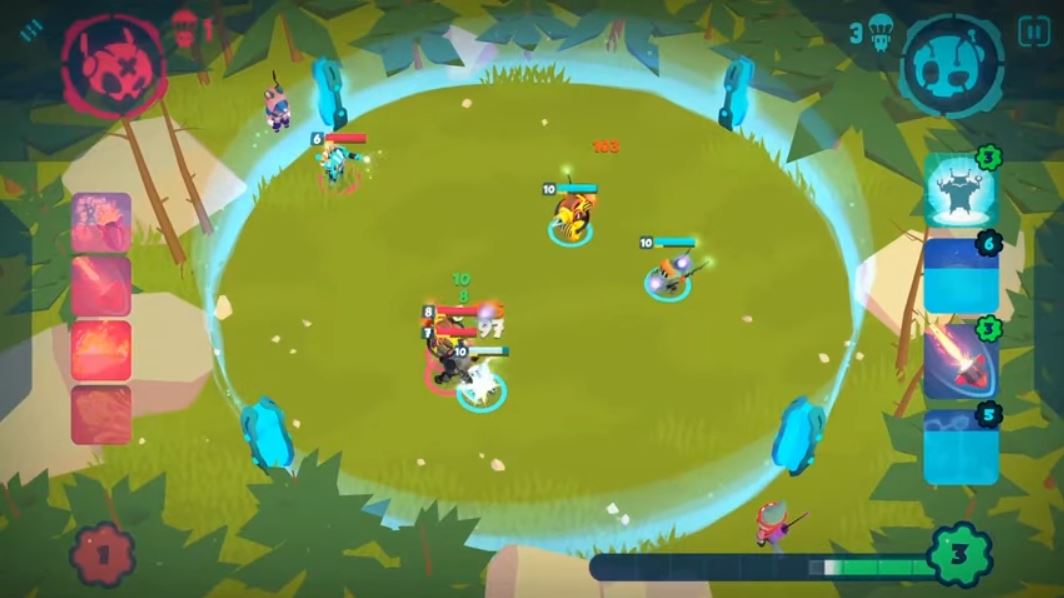 We mentioned the Wild Bots a bit in BotWorld Adventure, and they are scattered about the game world. You'll see these very early on in your adventures. It's a great way to get your practice on as you play and learn the game. It's pretty straightforward, but with practice, you'll be masterful.

The Wild Bots will actually charge you if they spot you. If you let them reach you, then the battle begins. Just keep running away from them until they forget about you if you don't feel like engaging. But you'll see a lot of these around. so practice is readily available.

It's also a great way to test out new bots that you build. There are different types of bots you can create, each with its own special abilities. Throw all of them into the battlefield and watch them work. Sure, they can be a tad annoying trying to chase you around, but the Wild Bots sure can make things easier for you when you want to figure things out.

Think About Where You Place Your Bots

This bit can matter in BotWorld Adventure. When it's time to play, we mentioned that you can place your bots in different areas of the arena before they start to do their thing autonomously. Putting your bots in the best positions can help you make quick work of your opponents.

It's not something that is absolutely critical to your success, but it can give you a boost. This is because each bot has its own abilities. So if you have a ranged bot, you'll want to place it further away from enemies so it can shoot from distance.

If you don't, then the enemies will chase it around, which won't give it time to stop and shoot. Having bots that are more melee-oriented are best being thrown right in the heat of the battle. This also is an excellent opportunity for your range bots to whale on them while they fight your melee bots.

These beauties are your secret weapon to succeeding in BotWorld Adventures. We mentioned that you can't take control of your bots once they're on the battlefield. However, you do have some control with the abilities, as you decide where these land.

These can be bombs and other things that can deal a chunk of damage to opposing bots. You can choose when the best time to unleash them so you don't need to do it right away or wait long. The one I will say is that, try to make sure to aim as close to the bots as possible.

They're moving around quite a bit obviously so try and keep up and be steady with the aim. Luckily, there will be a small blast radius so these abilities do have some reach. That said, it's fun to hit them right on the noggin (do bots have noggins?).

0/3
Next Up :
Punball: A few tips to help you in this pinball shooter