Featherweight Games’ Botworld Adventure is an upcoming open-world RPG where you can collect scrap to build and battle bots. The colourful adventure is currently on soft launch and will be officially released sometime in the third quarter.

Botworld Adventure supposedly blends the lush, beautiful world of Pokemon and World of Warcraft with its 12 unique zones, each teeming with life and filled with mysteries. As nature reclaims the remains of a lost civilization, you’ll be tasked to explore the vast world to collect rare scraps as well as face dangerous bots as you uncover more truths about your home. 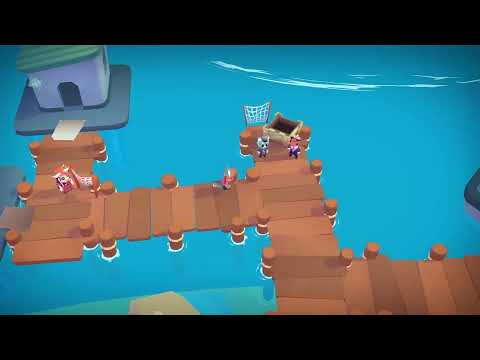 In the busy town of Scavenger’s Landing, you as the botmaster can create your own team of champions to take part in the bot fighting tournaments in the arena. Matches are dynamic as you’ll have ranged bots dealing damage from afar and melee fighters using their abilities to take down their opponents. You can use a wide variety of combos to maximize the skills of each bot, from missile blasts to debuffs that slow incoming foes.

There will be more than 30 bots to tinker with to make sure that you have the most well-balanced team out there, each with its own abilities, animations, and skill trees. By the way, you can play as one of four races when you pick your character: cats, dogs, buffalo, and lizards.

Botworld is currently on soft launch in Australia for iOS devices. There’s no official word on the launch date just yet, but we do know it’s sometime in Q3. Right now, you can give it a go if you’re curious about it as it’s available on Android via Google Play’s Early Access. You can also visit the official website to know more about the game.

Looking for more open-world exploration? Check out our list of the top 15 best open-world games for Android phones and tablets!

Next Up :
Mobile Legends: Bang Bang collaborates with Star Wars and lets you play as Darth Vader or Yoda