In case you missed it, Clutch Dynamics has released their nature-friendly puzzle platformer Boris the Sloth on iOS, Android and on Steam. The ecological adventure tasks players with solving physics-based conundrums across dangerous terrain through jungles, ruins, dungeons and caves.

In Boris the Sloth, players take on the role of the titular sloth as they save their friend Euka the Koala from a malevolent mandrake. You can make use of your special spirit realm powers to move objects and even uproot trees - you can even warp time itself all for the sake of friendship. The catch is that a single misstep might just get you stuck in the spirit realm for good, so use your powers wisely. Oddly enough, this particular protagonist is pretty swift for a sloth - and he really has to be if he's to best dangerous critters using his spiritual prowess and his own cunning. 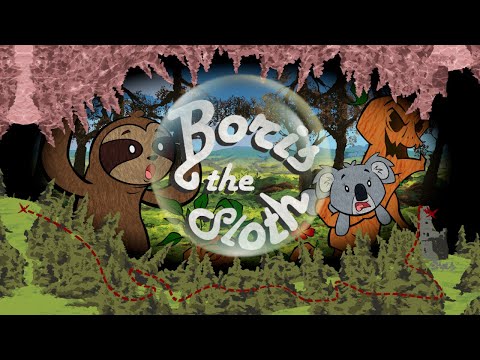 Proceeds from the game are being donated to further boost efforts on sloth conservation and rehabilitation, so if you're eager to give the charming title a go and check out its narrative as well, Boris the Sloth is available to download on the Google Play Store for Android devices and on the iOS App Store. It's a free-to-play game with in-app purchases to remove ads on mobile, but it's available on Steam as well.

You can also have a look at the embedded clip above to get a feel of the game, visit the official website to know more about the title, or join the community of followers on Twitter to stay updated on all the latest developments.

Are you on the hunt for more similar titles that will put your skills to the test on your mobile device? Why not take a gander at our list of the top 25 best platformers for Android phones and tablets?

Next Up :
Blacken Slash is a minimalist roguelite with quick play sessions, out now in Early Access