Supercell and Space Ape Games have announced that Boom Beach: Frontlines, the latest instalment in the popular series, is now open for pre-registration. They have also unveiled that the 9v9 multiplayer game has just soft-launched in Canada for iOS and Android.

Boom Beach: Frontlines will apparently focus on combined arms, team play, and tactics. Players will work to level up their HQ to unlock additional troops to use on the battlefield. Equally, levelling up allows them to expand their loadout, allowing them to deploy different strategies. 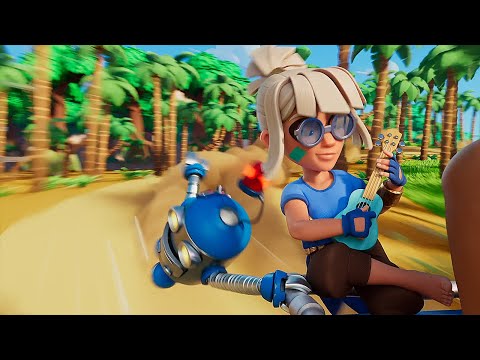 As you might expect, Space Ape Games plan to provide regular updates after launch. That means we can expect new units and map rotations to keep Boom Beach: Frontlines interesting. You can check out the cinematic trailer below to get a vibe for the tone. Essentially though, it's bright and cheerful, much like Boom Beach.

As mentioned, the game will feature 9v9 battles with a variety of units, including tanks, towers and airstrikes, among others. With so many units and multiple players, each match could become fairly chaotic, meaning a cool head will help a lot, allowing players to adapt to new threats and swiftly formulate a counter-strategy.

Outside of the battles themselves, players will work on levelling up their base and characters. They can also collect new Units, Defences, Vehicles and Power-Ups and use them to tweak their strategies or bolster their preferred playstyle further.

You can pre-register for Boom Beach: Frontlines now over the game's official website ahead of its release on the App Store and Google Play. It will be a free-to-play game with in-app purchases.

Looking for more excellent multiplayer games where you can test your skills against others? Here are 25 of the best available for iPhone and iPad
Next Up :
Ninja Must Die is an upcoming combat-focused action runner with stylish ink-based visuals, now open for pre-registration