Blast Waves is a new arcade shooter that recently hit the app stores this week which, in an almost trademark style of its solo developer Kyle Barrett, is absolutely packed full of tactical possibilities for players to explore.

With a roguelike style of gameplay and retro aesthetic reminiscent of the indie dev’s previous release, Immortal Rogue, Blast Waves tasks players with leading a squad of elite troops into sci-fi battles against a wide assortment of alien baddies. The odds are almost always stacked against you, but the combat is so rewarding you’ll find yourself completely hooked.

In case you’ve just started Blast Waves and need some help getting to grips with its fundamentals, this intro guide will be exactly what you’re looking for. 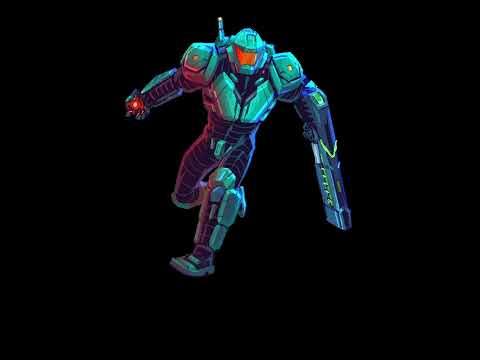 Survival Mode: an essential starting place for buffs and rewards

Although the temptation might be to jump straight into the Blast Waves’ Command Mode, you might want to first consider getting down in the muck on your own as a lowly grunt via the game’s Survival Mode. This roguelike mode will see you engage in a series of sci-fi battles which serves as a perfect proving ground to hone your tactics and earn rewards at the same time.

Provided you make it all the way through, the characters you create will later become available as squad members in Command Mode. And, unlike the gamut of readily available clones you can recruit, these troopers will have far more resources and experience as a result. Depending on how many kills you manage to rack up in Survival Mode, you’ll have extra credits available to spend on acquiring new squad mates as well as a stack of experience points to use on ranking up and earning new gadgets.

Fighting enemies: a few tricks not to be overlooked

One of the things you’ll quickly discover in Blast Waves is there are many enemy types to contend with - each with their own unique weapons and skill sets.

Fortunately, if you’re ever in doubt as to what an enemy does, you need only make a simple click on the mini map to initiate a tactical pause. You can then scan the battlefield for your enemies and click on them to inspect their properties. You can also use this same trick to discover the meaning behind your own trooper’s ability icon; click on it and then click on the skill icons in their dog tag to find the explanation.

Another tip to consider is how best to deal with your enemies’ projectile weapons. Most of the time the duck behind cover method will work best, where tapping and holding will make your trooper crouch to avoid incoming fire (just make sure to be behind cover when you do to stay on the safe side). One trick not to be overlooked though is the ability to deflect those projectiles back at your enemy with a well-timed strike from a melee weapon. Most enemies can be killed by deflecting their projectiles back at them so it’s well worth mastering this skill.

Then there are those frustrating enemies with powerful shields that can seemingly absorb damage with no effect; this is where those extra experience points earned in Survival Mode will really pay off! Most gadgets you receive in Blast Waves will provide the solution to breaking down those pesky shields, leaving your enemies defenseless.

Failing that, there is one other ace up your sleeve you can play. Destructible terrain.

In case you’re facing an enemy on New Karagi that is too well defended (either by their shield or terrain), then you might be able to take them out by knocking a tree down on top of them. Just be careful not to take out one of your own troopers in the process!

Being a good commander will largely come down to mastering the basics; making use of cover whenever possible and not carelessly squandering your gadgets, ammo, or hit points.

One of the things to always keep in mind is that when you’re defending, you’ll have to survive 3 waves of enemies before your ammo stocks replenish. This means you’ll need to make your shots count whenever you fire and take every opportunity possible to collect the green ammo charges dropped by your enemies.

Also be sure to conserve your store of stim spikes and healing grenades for when you really need them. This will be especially important early on when your squad numbers are relatively small and you need every trooper to be as strong as possible.

Another important aspect of Blast Waves not to neglect is research: this will determine the types and quality of equipment that you can unlock for your squad. You’ll only ever be able to initiate 3 research projects at a time, so make sure to get through the smaller projects first to keep your research spaces available for new discoveries.

Research isn’t the only way to obtain new equipment though. One of the most useful things you’ll encounter on the battlefield are new armor types which can be unlocked by killing certain enemies. Using your tactical pause once in a while to search for these enemies is definitely advised. Here are a couple that you should keep your eyes peeled for:

Bayard Betrayer (Gavel): By killing this Bayard Betrayer, you’ll receive the Royal Guard armour which has the unique ability of reducing all incoming damage whenever you’re near cover. Proxy: Blasting away this particular enemy will unlock the Proxy armour, which is one of the best armour types in the game. With the Proxy armour equipped, you’ll be able to heal your trooper with every close range kill you make.

If you’re yet to give Blast Waves a try but would like to put the above tips into practice then you can find it available to download from the iOS App Store and the Google Play Store for $3.99 (or your local equivalent).

What's A Preferred Partner Feature?
From time to time Steel Media offers companies and organisations the opportunity to partner with us on specially commissioned articles on subjects we think are of interest to our readers. For more information about how we work with commercial partners, please read our Sponsorship Editorial Independence Policy.
If you're interested in becoming a Preferred Partner please click here.
Next Up :
Dragon City element weakness chart