Black Desert Mobile has just announced a brand new update for the open-world MMORPG, letting players explore the new region Navarn Steppe and put their own skills to the test with the world boss Ahib’s Griffon. With the latest update, players can expect to challenge the boss every Friday at 9 p.m. PDT across Navarn Steppe’s grasslands.

The latest update to Black Desert Mobile gives adventurers an exciting new reason to immerse themselves into Pearl Abyss' action title with revamped Nightmare content as well. Additionally, taking down Ahib’s Griffon will reward players with bountiful prizes, which will depend on how much damage they deal to the world boss.

As for the revamped Twisted Nightmare content, players can duke it out against players and monsters as they craft the best strategies with their guildmates to survive. Adventurers who have defeated the boss Gavelle will be able to access this content weekly via the Dark Rift in the Velia region. Be sure to try your hand at taking down Nightmare Turaka in order to seal the rift and score tons of awesome rewards. 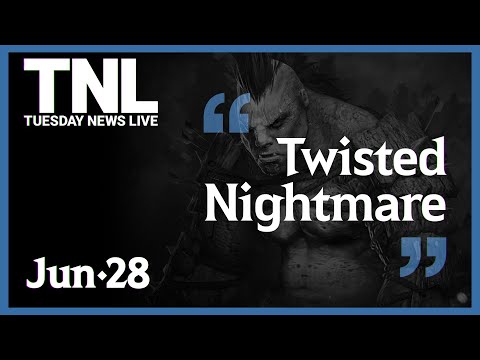 If you're eager to know more about Black Desert Mobile and are curious about giving it a go, you can download the game on the iOS App Store and on the Google Play Store for Android devices. It's a free-to-play game with in-app purchases. You can also head over to the game's official Twitter page to join the community of followers and stay updated on all the latest developments, visit the official website for more info, or have a look at the embedded clip above to get a feel of the revamped Nightmare content.

Are you on the hunt for more similar titles that will put your skills to the test on your mobile devices? Why not take a gander at our list of the best Android MMOs?

Next Up :
Cats & Soup adds a summery facility, a new kitty and more in latest limited-time event