Black Desert Mobile welcomes the addition of a brand new class to their ever-growing roster of 22 available classes. She is called Solaris and is regarded as The Slayer of Holy Flame. Solaris is a melee class hero that wields her Jordun and conquers the battlefield with it. She also uses her Warden sub-weapon which, when paired with her fire-based skills, makes her a formidable opponent. Pearl Abyss is hosting a number of celebratory events in light of Solaris’ addition to Black Desert Mobile.

Solaris has a number of skills that make her a fine addition to your team. Check them out below: 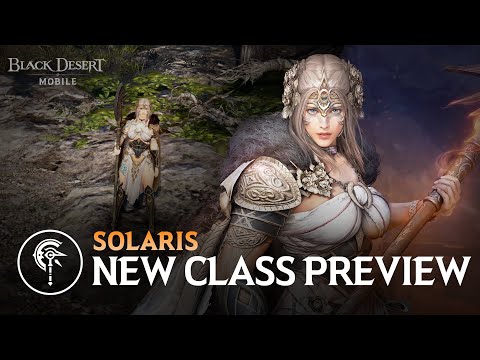 Moving onto the newly added events, the Making Fortune Cookies event allows players to make Fortune Cookies out of material dropped by monsters. This can be exchanged for Alyaelli Fragments which is used to craft Abyssal Gear. A special level-up event will be held for Solaris, allowing players to increase their level to 70 by awarding items like Epic Outfit Chest, Solaris Skillbook Chest, Primal Relic Chest, and 1000 Black Pearls. The new weekly and daily missions will feature Boss Rush and Black Spirit Quests, rewarding players with Ancient Gold Coins that can be traded in for Advice of Valks, Ancient Chest, Rush Stamps.

Add Solaris to your squad and level her up with the new events by downloading Black Desert Mobile for free on the App Store and Google Play.

Also, check out the top RPGs to play on mobile!
Next Up :
Call of Antia is FunPlus' new match-3 RPG that's out now on iOS and Android