Pearl Abyss has just announced the release of a new player class in its popular mobile RPG Black Desert Mobile. Called Drakania, the new playable hero comes from a lineage of dragons and is an extremely powerful character. That’s not everything the developers have announced though. Recently, Pearl Abyss held the Heidel Ball 2022, which is Black Desert’s annual community event. Players had a blast and learned a lot through the roadmap that was showcased during the celebration.

Let’s talk about Drakania first. This new class, as mentioned, is the female descendant of a legendary dragon. Her weapon, the Slayer sword alongside the Shard sub weapon, make the perfect pair to cut through enemies and slice them into bits. You do not want to be on the other side of Drakania’s blade. She has a tonne of moves to obliterate her enemies which can be seen in her class preview and combat showcase videos above and below. To make her introduction into the game more fruitful, a bunch of Starting Events will go live so that players can level up Drakania quickly.

Next on the list is a major update for the Field of Valor: Hadum. The PvE battlefield will now allow players to learn about monsters and use this to increase their Combat Power. This new method will save a lot of time and make things much more enjoyable. 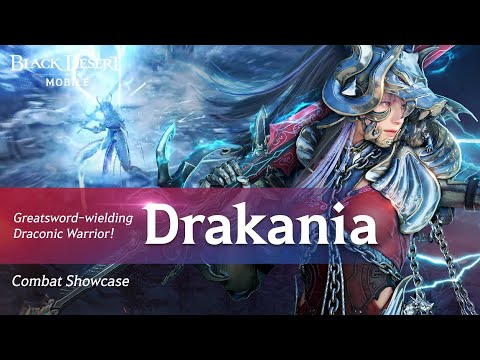 As for the Heidel Ball announcements, a whole horde of new content is going to be dropped into Black Desert Mobile in the coming months. Players can expect a new Party Rush mode which features three player co-op action, a war-like 30v30 Battlefield of the Sun: Siege War mode, Drieghan, a newly explorable region, the Fairy companion system and goodies form the game’s developers.

Plunge into this immersive world by downloading Black Desert Mobile for free by tapping one of the links below.