The super successful mobile adaptation of the popular MMORPG Black Desert, Black Desert Mobile, is officially opening its previously closed beta in China later this month. After a swathe of successful closed beta tests, the title is anticipated amongst both fans of the PC/Console version of the game and mobile MMO fans alike.

To mark the beginning of this adventure, Pearl Abyss, the developer of Black Desert, is hosting a massive event for Chinese audiences entitled “Fantasy Adventure Night” on April 26th, the same date as the launch of the open beta. This event has a huge, star-studded guest list, including the famous Chinese esports player and broadcaster BJ Dashima, the Chinese influencer PDD, and popular Chinese actor Jiang Dan. 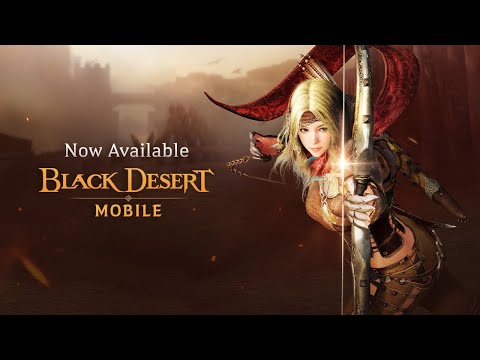 After becoming massively successful all over the world, Black Desert Online is finally expanding itself to other audiences located all across the world. With over 36 million downloads already where it is available, and being selected as the most anticipated game this year by Chinese game site 17173, this news means a lot of excited fans will be very happy to hear the title is nearly ready to fully open its doors.

Black Desert Mobile is, of course, the mobile adaptation of one of the biggest MMOs on the market currently, Black Desert Online. After seeing much success on consoles and PCs alike, Pearl Abyss launched the mobile version that looked to offer a nearly identical experience to phone players instead. And, judging by those 36 million downloads and numerous awards won, it seems to have succeeded.

Looking for more MMOs to play while you wait for that beta to open up? Check out our Top 15 best MMOs for Android devices!
Next Up :
One Piece: Dream Pointer, a brand new title based on the classic anime, available for pre-register in China