Pearl Abyss has announced the first update of 2021 for its mobile open world MMO Black Desert Mobile on iOS and Android devices.

The update adds the much-awaited Tier 6 pets, which give characters buffs in the form of extra field battle XP, higher attack points and additional Black Spirit XP, as well as many more boosts to help you grow your chosen class faster and get a higher CP level. You can obtain a Tier 6 pet by exchanging two Tier 5 pets in the main menu, and the Tier 6 pet will inherit the abilities of the pets used to create it.

As well as that, Abyssal Relics now have increased stats to give you higher CP when you equip these items, in turn allowing you to enhance them into Mystical Relics which grant an even higher CP level. By growing your CP, you don’t just get more powerful but you will also have access to higher level content. 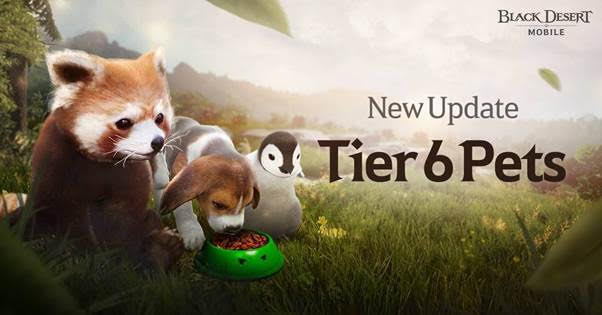 And finally, the Guild Bonus you get from both the Node Wars and Siege War has been increased, with new rewards such as Medals of Honor being handed out for participating in the events. These can be saved up and used to grab various items such as a Shadow Chaser Outfit and Inscribed Glyphs, an upgrade material that enhances Awakened Relics, which also buffs an Adventurer’s CP level.

Black Desert Mobile is the open world MMO from Pearl Abyss with cutting edge visuals and a deep character customisation system. You can check out the website for more details on this latest patch.

Check out our list of the best RPGs available on Android phones and tablets.
Next Up :
Mission Zero drops three new character trailers ahead of technical test