Black Desert Mobile has added a new class, Sura, the Ninja into the game. Sura is a melee-based Ninja who has mastered the art of swordsmanship. Sura is the 17th addition to the ever-expanding roster of Black Desert Mobile. He wields his legendary Sura Katana, forged from the six special Katanas and uses Kunai as his sub-weapons.

The release information of the new class was already covered in our Pocket Gamer LaunchPad stream. In the stream, James and Dann share their impressions of Sura’s arrival. If you wish to watch the stream then you can check it out on our YouTube channel.

Sura uses the power of shadows to execute perfect combos with his swords. The Ninja comes with 11 different skills for players to execute by forming combos with shadows and his legendary Katana and Kunai.

With 11 new skills, Sura is set to be one of the most difficult classes to master. Almost every skill of Sura's inflicts damage onto the enemy and consists of dashes and slashes. Let’s take a look at his skillset: 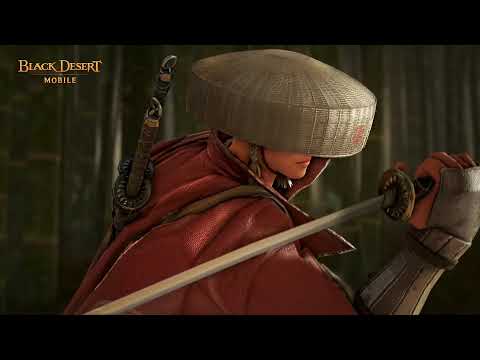 If you enjoy playing RPGs on your Android phone, read about some of our favourite ones you can grab from Google Play
Next Up :
Boxing Star celebrates 4th birthday with a ton of free handouts as well as some new content