Available now for Android and soon for iOS

Beat Workers is a rhythm action game from NaturalPad that's available now for Android in Early Access and is set to arrive soon for iOS as well. Unlike most rhythm games, Beat Workers aims to be a little different by not providing you with any visual clues, meaning there is a greater focus on using your ears and feeling the tempo to clear levels.

It takes place in a futuristic world where most tasks are now carried out by robots. You will take on the role of the Great Architect, the last human being to still be employed. Your job is to rebuild all 11 monuments from the Great Country's past, which is what France is now known as. You can check out some gameplay and hear a sample of Beat Workers' soundtrack in the embedded trailer below. 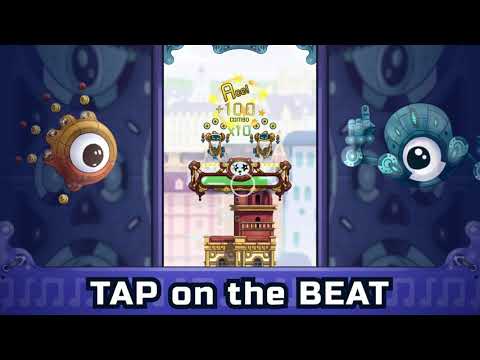 To achieve this, you'll have to synchronize the builder bots by swiping and tapping to the beat. This won't be a straightforward task, however, since a criminal called the Saboteur will make the construction more difficult by sending hordes of robot minions to impede your progress, meaning you'll have to fight their army whilst keeping up with the rhythm.

There are 32 different tracks in Beat Workers that have been composed especially for the game. They're not limited to one type either, with the soundtrack spanning 10 different genres. The campaign mode itself has two levels of difficulty, meaning a total of 64 stages to tackle with 196 medals for completionists to collect.

Beat Workers is available now over on Google Play in Early Access and will arrive on the App Store soon. It is a premium game that costs $2.99.

Looking for more action games to play on your phone? Here are 25 of the best available for Android phones and tablets
Next Up :
A3: Still Alive introduces latest update which adds a new Guild Boss to challenge and an abundance of events