We speak exclusively to this talented up-and-coming code shop

It’s no secret that Google’s Android platform is struggling to make headway against Apple’s seemingly unstoppable iPhone. Despite possessing decent hardware, a robust and functional operating system and a solid online marketplace through which to deliver engaging experiences, it would appear that, for the time being at least, the iPhone remains the pocket gamer’s format of choice.

However, that’s not to say that talented developers can’t carve out a profitable niche on Android. Larva Labs - the studio behind the excellent turn-based strategy title Battle for Mars - is actively supporting the format and finding that perseverance has its own reward.

We caught up with co-founder John Watkinson and fired a few questions his way regarding Android’s chances and what it’s like to develop on the current crop of mobile hardware.

Pocket Gamer: Can you tell us a little about Larva Labs’s background and what other projects your team has worked on previously?

John Watkinson: The company was founded by myself and Matt Hall. We have backgrounds in Java and web programming as well as mathematics, statistics and music. We started in 2005 writing software for the T-Mobile Sidekick.

Our earliest apps were mostly music-focused such as drum machines, synthesizers, etc. We now also write apps for the iPhone and Android. Some of these apps/games are ports of the original Sidekick apps, while others are completely new.

How did you become involved with producing applications for the Sidekick?

We met the people at Danger (the company that makes the Sidekick, now owned by Microsoft) at JavaOne in 2005. At that time, we had written our first mobile app. It was a tiny J2ME RPG called Gurk. It was a full RPG, but it fit in 64K (which was the WAP limit at the time). It was fun, but nerdy.

We were hanging around the mobile area at the conference, trying to see if there was any interest in this game from the carriers/manufactures at JavaOne.

There definitely was no interest in the game, but the people at Danger suggested we write something for their platform. They also suggested that it not be an RPG, which was good advice. We decided to do a drum machine and that’s how things got started.

Roughly how long do you spend on developing a concept into a fully-fledged game?

It depends on the project. Our larger efforts on iPhone and Android take about two months, maybe slightly longer. Others take only a couple of weeks.

Are there parts of your design process which you would consider to be unique?

I wouldn’t say that our methods are unique, but we usually try to get a basic prototype working as quickly as possible and then try to figure out the details after that. The prototype makes it much easier to make informed decisions and avoid costly changes near the end.

What’s your opinion of Android as a gaming platform? How do you think it compares to the iPhone in this regard? 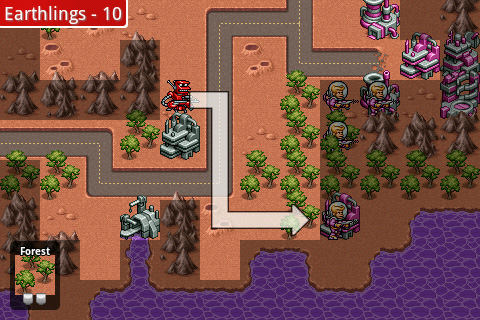 The iPhone is a real “console” type of platform. An expert developer can do some very advanced, low-level things and get great gaming performance. Also, for games there is effectively only a single device to target (although there are subtle differences between the iPod touch, iPhone, iPhone 3G, etc).

Android is not like that. There's far less access to low-level programming interfaces and there will soon be many Android phones with different screen sizes, input methods and performance capabilities.

So I think iPhone will remain ahead in terms of gaming experience. However, Android still has a very nice programming interface, and is (in our opinion) easier, and a better experience for a developer than the iPhone.

Whenever a platform is enjoyable for a developer, then good software can be the result. So, I think that Android could do well as a gaming platform especially if the user base grows.

At the moment the iPhone is arguably the format of choice for mobile phone gaming. Bearing this in mind, what made you decide to produce Battle for Mars exclusively for Android?

We ported the game engine from the Sidekick, which is also a Java-based environment. This made it far easier to port to Android than to the iPhone. Also, we suspected that the G1 would have a pretty tech-savvy, advanced user base, at least in the early goings for the platform. We thought it might sell well to that audience. That seems to have held up - it's one of the top paid games on the G1.

Do you have any plans to port Battle for Mars to the iPhone, or any other platforms for that matter? 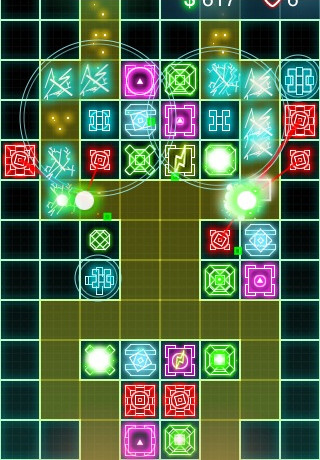 We don’t have any immediate plans. The iPhone would be the obvious next choice, but we think we would have to increase the graphical sophistication of the app much further in order to make an impact in that highly competitive market.

So, it would be a large project for us, probably bigger than anything we’ve done in the past. We aren’t ruling it out, but we don’t expect to port it.

Retro Defense is another of your notable releases, and has seen a dual release on both iPhone and Android. Can you tell us what makes this game unique when compared to the multitude of similar tower defence games currently available?

The main difference is that the invaders follow a fixed path in Retro Defense. Most other tower defence games have the user construct a blockade with the towers themselves, which the invaders must navigate around.

That can be fun, but I find that it limits the variety in the game. You basically end up building the same structure every time.

In Retro Defense, there are many levels, each with different invader paths and different areas on which towers can be built. I think the result is a more varied experience, but that’s just my opinion!

Larva Labs showed its lighter side with the iPhone fart application Touch My Finger. Do you have plans for any other amusing releases in the near future?

We wrote that very early on, just to see if such gag apps would make an impact in the iTunes Store. However, it was initially rejected by Apple as having inappropriate content. Fair enough, but we made the mistake of giving up at that point. 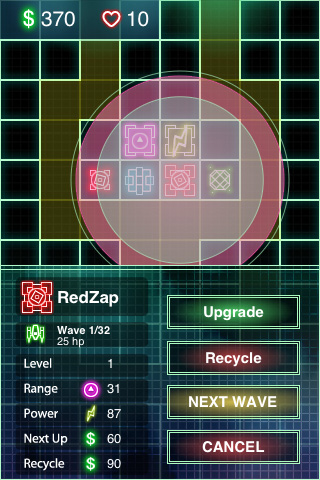 About a month or two later, iFart Mobile appealed the rejection of their app successfully and went on to take the #1 paid app spot for quite some time. We released ours as soon as we heard that Apple had relaxed their rules, but it was too late! There is only room for one app per gag.

That said, it is possible that our app was just a little too subtle for the demographic we were targeting. Given the chance to do it over again, the word “fart” would definitely have appeared in the title of our app. We certainly don’t rule out apps like it in the future, though!

Some iPhone studios are looking into the prospect of porting their games to other services, such as Nintendo’s WiiWare and DSiWare platforms. Is this something that Larva Labs is looking into, or do you wish to remain a mobile phone gaming studio?

We aren’t looking in to those platforms formally yet, although the Wii is interesting. It seems that Wii games have not quite lived up to expectations after such a promising start. Maybe Larva Labs can put it over the top - who knows?!

The successes of some smaller studios on the Xbox and the Playstation download services have been encouraging, as well.

What things are you working on at the moment? Can you tell us a little about any other exciting projects you have in the pipeline?

We shouldn’t talk about things that we have in the pipeline, since the mobile space is becoming increasingly competitive. Sorry!

Where do you see Larva Labs in a year’s time?

I don’t see any major changes for us. We have some different ideas that may take us in to some different segments and spaces. However, we really enjoy designing and writing small, fun apps and games, and we don’t want to change our formula too much.

Our thanks to John for his time.
Next Up :
Fantasy Town Diary: Days 2-4 - more citizens, more style, and fresh bread