NetEase has announced its scavenger action game, Badlanders, will be receiving some new weapons and a new map in an upcoming update. This new content will be available for both iOS and Android versions of the game.

The new map is set in a desert landscape, with the battle for riches taking place on the scorching earth, and no matter where it is; wilderness or desert, your territory is sure to continue expanding.

New weapons and attachments are also coming to Badlanders, as well as new mechanics and features such as something called “Top Challenge”, but the details for that are currently unknown. Rest assured though, there will be plenty of new content to look forward to in the coming months.

The announcement of this new update for Badlanders came during the NetEase Connect 2021 conference today, an event that revealed new information about new and upcoming NetEase games and updates on mobile. 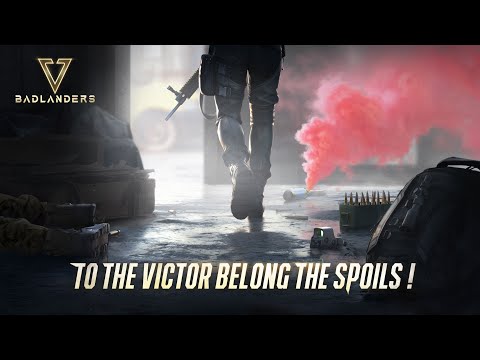 There’s already a beta test underway for the update too, and you can keep an eye out for invites to this test within the next few weeks.

If you are unaware of what Badlanders is, it’s a survival action game where you scavenge through the remains of a lost civilisation, gathering any technology you can to make weapons and tools to fight against other players and survive the harsh world you live in.

The action doesn’t just come in fighting other players though, as escaping with loot is your biggest priority. A large part of Badlanders’ matches also involves knowing when to quit while you’re ahead and manage to leave and salvage the technology you grabbed.

Badlanders is available now to download from the iOS App Store and the Google Play for Android store, where it is a free to play game with in-app purchases.

You can head over to the PocketGamer LaunchPad hub to find all of our exclusive announcements from our two-day event - and don't forget to tune in at 5PM UK Time for our amazing reveal stream!
Next Up :
Ninja Must Die is an upcoming combat-focused action runner with stylish ink-based visuals, now open for pre-registration