Azur Lane collaborates with SSSS.Gridman and SSSS.Dynazenon in a special limited-time event, "World-Spanning Arclight". In Yostar Games' tactical RPG-slash-side-scroller, players can expect seven new characters that'll add more colour to the naval shoot 'em up thanks to the crossover with the Japanese anime television series.

Along with themed featured skins, furniture sets, and gear skin boxes, the latest collab event in Azur Lane will also add four event maps from now until December 8th. Clearing the SP map rewards Commanders with points, which can be exchanged for tons of in-game goodies at the event shop. Having a go at the event mini-game for seven days also rewards players with a limited furniture piece. 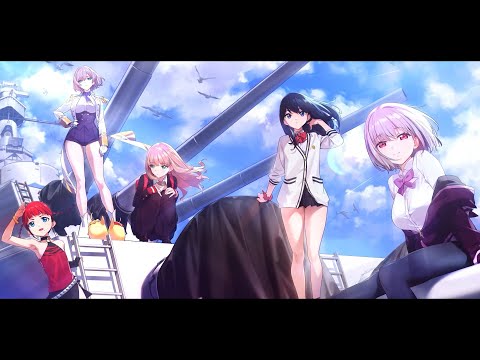 As for the SSSS.Gridman and SSSS.Dynazenon crossover characters, Commanders can look forward to Rikka Takarada, Akane Shinjo, Yume Minami, and Chise Asukagawa as Super Rare characters from the Limited Construction Pool, plus Hass, Namiko, and Mujina.

Throughout the event, simply logging into the game will reward players with two rental outfit vouchers that can be used on “Blue Sky Station'' for Rikka Takarada, “A Vacation Just for Two'' for Akane Shinjo, and “A Dream Upon an Open Windowsill” for Yume Minami.

Finally, the game is also joining in on the festivities this season with its Black Friday Event from now until December 1st. Here, players can score limited furniture, rerun skins, wisdom cubes, and a promise ring.

If you're keen on taking part in the festivities, you can download Azur Lane on the iOS App Store or on the Google Play Store for Android. It's a free-to-play game with in-app purchases. You can also join the community of followers over on the official Facebook page to stay updated on all the latest developments.

Are you on the hunt for more RPGs on your mobile device? Why not take a gander at our list of the top 25 best RPGs for Android phones and tablets?