Yostar’s Azur Lane, the naval shoot ‘em up, has launched a new end of year update on iOS and Android, bringing with it a whole host of new changes to put full steam ahead on 2021. The update is called Operation Siren and introduces a new game mode, new characters, and more story to unfold within the game.

Operation Siren has players exploring a variety of maps for new rewards, as well as being able to challenge new Siren enemies which have randomised abilities. As for new characters, TB is the identification interface digital assistant and navigator for Commander, while Hiryuu META will be available at the launch of Operation Siren. The update also introduces a new plotline which goes into the motives behind the Sirens and what defines META.

Azur Lane has also partnered with Beverly, a Japan-based singer who has created a new song “Signal” especially for Operation Siren. The song shows the journey of the game’s characters on a water-covered planet as they seek answers and fight for their dreams against Siren. You can check out the music video below. 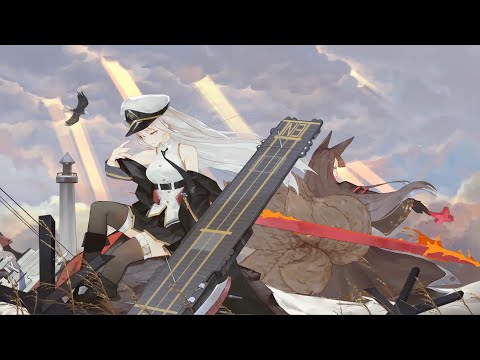 Additionally, there’s a time limited event running within Azur Lane with new sets of Christmas skins and furniture available to grab in-game. There’s also new equipment available for the four main factions, where you can use materials obtained from Operation Siren to enhance your gear into a stronger version.

As for combat, the new patch includes a challenge mode called Ashes Showdown where you challenge META characters to a showdown by inviting friends and guild members for help.

You can download Azur Lane and access Operation Siren by downloading it now from the iOS App Store or Google Play for Android. It’s a free to play title with in-app purchases.

Check out Jupiter's top picks for mobile games to play this Christmas!
Next Up :
Mission Zero drops three new character trailers ahead of technical test