Download these games from the App Store for Christmas

There are too many great games to play on iPhone, iPad, and MacOS right now. The iOS platform has expanded once again recently with Apple Arcade, one of the very best value deals in gaming right now, whether that's mobile or otherwise. There are loads of excellent Apple Arcade games to play, and if you got an Apple Arcade subscription for Christmas, you're in luck.

But there's more than just Apple Arcade. There are loads of excellent free to play and premium titles available on the App Store that can offer you dozens of hours of entertainment or frustration, depending on what you choose.

Right here we're listing off just five games you can play on your iOS device this Christmas, either by yourself or with the family. Tis the season to be social after all, and these games might entertain family members, or even incite a nice bonding experience this holiday season.

To keep the festivities going all day long, these are the games you should be playing this holiday season…

When your parents start to tell you that you are spending too much time on your phone this Christmas and not enough time helping out or interacting with your brothers and sisters, you can tell them you are actually learning - I am sure every school ever has taught Orwell's Animal Farm.

You can just start talking about the book and insist that the game itself is an educational game, just due to it's relevance with schooling, then continue on playing with your phone - something that sounds much better than trying to help mash potatoes with your grandma or play with your little cousin who has no interest in games.

Yeah, Telling Lies. I think I used a similar set-up to this to include Telling Lies in my listicle where I moaned about the Tories, too. But the point is, it's really good and you should play it, okay?

Telling Lies is an excellent detective game where all the impetus to come to a conclusion is on you. Take your time, and try to solve the mysteries before you.

While not being long in length, you'll enjoy every minute of LEGO Builder's Journey. An interesting blend of Minecraft, platforming, and puzzles, this is a must-play Apple Arcade game.

During the Christmas period when you've got nieces, nephews, or younger siblings around, LEGO Builder's Journey is the perfect game to keep the occupied while you have a quick drink with the adults.

It also doubles as a great game to bond with your kids over, as it doesn't take long to play, but will definitely form some great memories.

Christmas time has to do with a lot of food and often a bunch of younger kids. Colorful lights, bright characters, and lots of charm come to mind too. Butter Royale seems to have a little bit of all of that - its a massive food fighting game (a shooter, in disguise) that any child is probably allowed to play (even if their parent's don't want them to do anything violent.)

There are tons of different food-based weapons (the popcorn cannon is my favourites) as well as bright and cheery levels where you are, in fact, destroying each other. Currently, there is a Christmas update that makes the game even more Christmassy! Butter Royale is apart of Apple Arcade, so it's totally free for you to play around with. 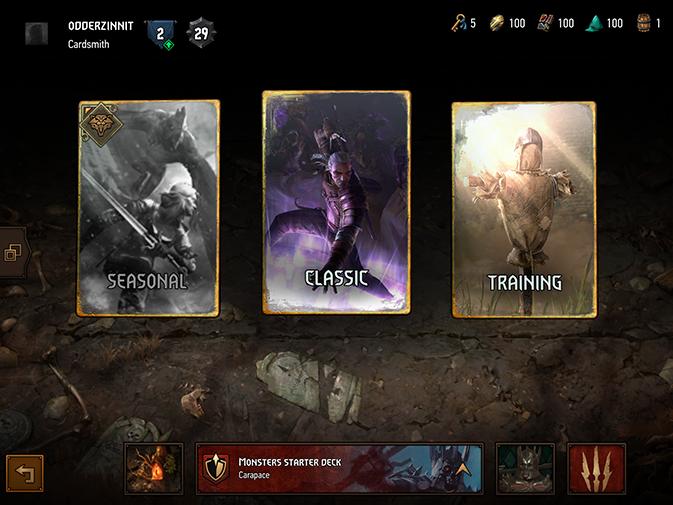 We all love a card game at Christmas, and if you do too, then you've probably played most of the big ones, like Magic the Gathering and Hearthstone. Well, Gwent: The Witcher Card Game is a newer card game that you might not have played yet. And heck, with the recent Netflix The Witcher series available, you might even get the family interested.

It plays a modified version of the Gwent game you'll recognise from The Witcher 3: Wild Hunt, but optimised and designed to be played against real opponents, and it works incredibly well.

If you're looking for a brand new card game to get invested in, and perhaps introduce to the geekier members of your family, Gwent: The Witcher Card Game is a great choice.

Your parents have asked you to entertain your younger cousins. They want to talk about politics and not be disturbed by younger people with their wok opinions. Your great grandmother is willing to try out a game too, if there is one that you can somehow put together to include everyone...

Heads Up! is a game that you can play with people of all ages. The concept is simple; one person holds the phone on their head, outwards, revealing a word. The rest of the group gives clues as to what the word is, so the person with the phone can name the word and gain a point. There is a limited amount of time, so you will need to be quick, and with a bunch of different categories, I am sure there is something you can all agree on! Heads Up also often has an update in December with a festive word pack, to play.

It's the evening time and you want to play something that you won't have to explain a million times to all of your uncles and aunts who seem to always be asking what is on your phone. So you turn to a board game, based on a movie, that everyone has seen at least one version of.

JUMANJI: The Curse Returns is a great version of the classic film, which will captivate you long enough for dessert to be served. You can actually allow some of your family members to play along with you, or take a turn with AI, that never quite live up to helping you. And at least this board game has all it's pieces!

Publisher: Finji
Available on: iOS + Steam + Switch
Find out more about Night in the Woods

Maybe, maybe you have had to stay home for the holidays. It might be distance to travel, it might be state of the world, it might be not having family to go and see. The idea of going back to our home town, long gone, is something that is scary. Instead, you can bunker up at home and play Night in the Woods, to remind you that your home town is probably boring and unchanged, yet completely changed and maybe full of strange cults!

Night in the Woods is a narrative adventure game about a character visiting her home town, moving back there actually, and finding out secrets she never knew were lurking in the shadows. It will be a good distraction, as you enjoy Christmas on your own.

0/8
Next Up :
Top 12 best mobile multiplayer games to play with your family this Christmas