During our second LaunchPad #5 stream, we exclusively revealed that Assetto Corsa Mobile will release for iOS on 31st August. If you missed the show, you can check out the segment in the video below. Alternatively, you can simply read through this article to learn all about 505 Games' latest mobile endeavour.

With Assetto Corsa Mobile, 505 Games are looking to create a gateway into the world of simulation racing games in a bite-sized form. The game was designed from the ground up for mobile but still borrows somewhat from its PC and console counterpart. For instance, the sound effects and tracks both pull from those featured in Assetto Corsa.

The game will also have 59 official cars and 500 car liveries to choose from, which fans of simulation racing games will be pleased to hear since it adds to the feeling of authenticity. Likewise, there are nine fully licensed circuits to race on, which include the following: 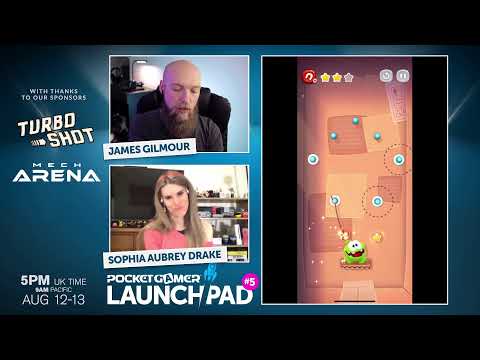 Assetto Corsa Mobile will boast six different game modes too. In Free Practice, players can get used to the numerous cars and circuits and gradually improve then lap times before diving into the other modes. One of those is Classic Race, which is the familiar racing set-up where the aim is to get a podium finish.

Meanwhile, in Time Attack, players will look to beat a set record in one lap whilst Endurance will task them with hitting checkpoints to gain additional time to further increase their score. Overtake mode is similar to this, but players gain additional time by overtaking instead. Finally, Speed Camera sees players looking to clock in at ludicrous speeds at set points around the track to earn the highest score possible.

If you missed any of the announcements, head to the PocketGamer LaunchPad hub to find all of our exclusives from our two-day event
Next Up :
Ninja Must Die is an upcoming combat-focused action runner with stylish ink-based visuals, now open for pre-registration