Call of Duty Mobile is celebrating its second anniversary on Wednesday, September 22nd! And with this event, comes access to the first-ever Call of Duty battle royale map, Blackout.

Blackout launched as a map in Call of Duty: Black Ops 4, and it was the largest ever map made in any Call of Duty game. It was an amalgamation of different maps that fans loved, such as Estate, Nuketown, Construction Site and many more. This map is now coming back exclusively to play during the 2nd-anniversary celebration! A tournament that will launch in the near future will take place on the Blackout map. 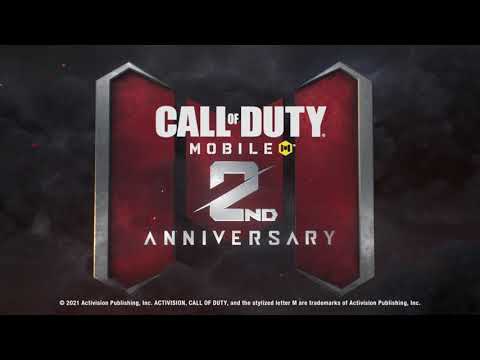 The entirety of season 8 is being dedicated to Call of Duty Mobile’s second anniversary and fans can play anniversary events throughout the season. Three new events will be available to players from the 22nd - an Anniversary Cake event, an Anniversary Puzzle event, and Counterattack – a new themed event.

Counterattack will finally bring PvE to Call of Duty: Mobile! A long-awaited feature, players will now be able to complete missions given by NPCs or send them on missions themselves in order to earn various rewards.

With a new season also come new battle pass tiers, 50 of them once again. Season 8 will feature new characters such as Alias – Battleworn and Velikan – Volcanic Ash, new weapons like the R9-0 shotgun and the M13 assault rifle, and new blueprints, calling cards, Call of Duty Points and more.

The battle royale mode is also being enhanced in order to create a more immersive experience for users. Battle Royale 2.0 will feature completely new and enhanced graphics, a new weapon looting system, a new health and armour system and UI elements for vehicles. It's truly battle royale 2.0. The crash map from COD4 is also coming to CODM with improvements made for mobile.

Come celebrate Call of Duty: Mobile’s second anniversary by downloading it for free on the iOS App Store and Google Play Store.

Check out these multiplayer games to play on your mobile!