Marvel Future Fight, Netmarble’s hit mobile RPG, is welcoming characters from Marvel Studios’ Shang-Chi and the Legend of the Ten Rings into the fight today. Players can now defend against the Ten Rings in the latest update, along with new costumes plus all-new content in time for the movie’s theatrical release.

In particular, Marvel Future Fight is adding two new characters from the film: Wenwu and Katy. Players will be able to collect these two characters plus improved Classic uniforms for Aero, Wave, and Sword Master. Of course, no Shang-Chi update would be complete without the titular superhero himself, and Shang-Chi can now be upgraded to Tier-3 to help players unleash his full potential on the battlefield. 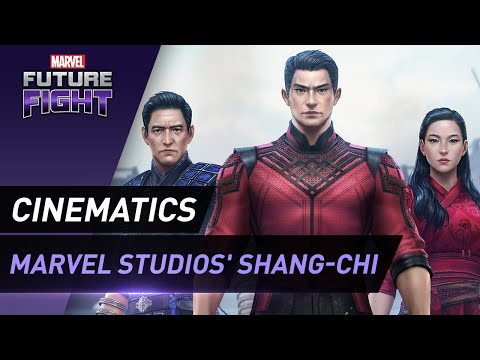 In addition, Wenwu and Katy’s Realize Potential functionality is now available, along with Aero, Wave, and Sword Master's Transcend Potential functionality. The update also introduces the new Timeline Survival mode, letting players solve abnormalities in different dimensions using their superhero teams strategically in randomly generated maps. Plus, a Shang-Chi and the Legend of the Ten Rings-themed Legendary Battle has been added, where players can conquer three stages featuring aesthetics from the new movie.

Marvel Future Fight is currently available to download in the iOS App Store and the Google Play Store for Android. It’s a free-to-play game with in-app purchases, and you can take a peek at the embedded teaser trailer above to discover more details about the latest Shang-Chi update. The game also recently celebrated its sixth anniversary, so if you’re eager to stay updated on all the latest developments, you can follow the official Facebook account or check out the official website for more info.

On the lookout for more RPGs you can sink your teeth into? Why not have a look at our list of the top 25 best RPGs for iPhone and iPad (iOS)?