Flea Jump! is an endless jumper that's launching this week for iOS and Android devices

You'll be itching for one more go because these fleas are so cute!

Fleas have never looked so cute! Lowtek Games is bringing back their mobile game that initially launched back in 2011, Flea Jump! The game was previously released as a prototype before being ported to the NES, Dreamcast, PC and, eventually, Evercade. Now, Lowtek is bringing the game back to its original platform after a decade and retro and new fans can hop into the action from September 2nd! The game will be available for free on the iOS App Store and Google Play. 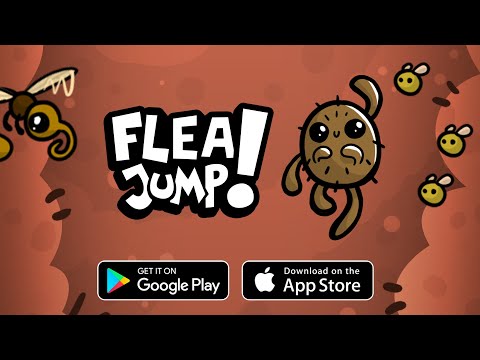 Flea Jump! is an endless jumper featuring Henry the hyperactive flea who cannot stop jumping. Henry has one aim. He is a parasite so what more could he want to do except collect blood? You will need to help Henry jump higher and higher while avoiding obstacles so he can drink as much blood as he can. Who knows, you may even feature on the world leaderboard for your achievements!

Now, there’s a lot of endless jumpers on the market. So, what makes Flea Jump! different? Well, Flea Jump! is made to be a little trickier than other games in the genre because its controls have been designed from the ground up. With extremely intuitive and distinctive controls, Flea Jump! promises hours of endless entertainment.

Another really cool aspect about this game is its accessibility. Lowtek has specifically designed it to be more accessible for dyslexic players. Lowtek’s plugin, “Dislectek”,  will feature for the first time in Flea Jump! and will offer plays a full text-speech experience. Although there isn’t much text in the game, this feature will allow players to listen to whatever text there is.

Download Flea Jump! on September 2nd on the iOS App Store and Google Play Store. The game will be free to play with opt-in ads to boost rewards.

Here's a bonus list of free games to play on mobile!

Kerby, Leask Studios’ casual title based on the street ball game of the same name, is out now

Soul Land Reloaded, an officially licensed mobile game based on the original Soul Land story, has been released