N3V Games Pty Ltd is launching the third instalment of Trainz Simulator and we have you covered on everything you need to know about it.

Trainz Simulator is a next-generation realistic train experience from the comfort of your couch. 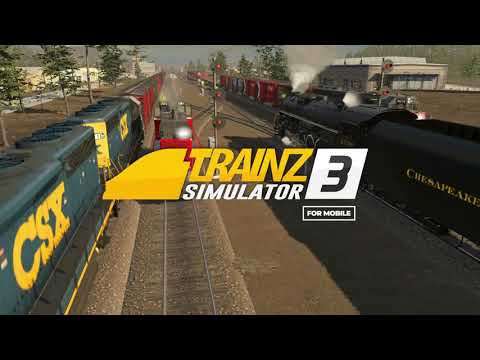 The game launches on 18th August but can be pre-ordered right now on the iOS App Store and on the Google Play Store. If you pre-order now, then you will also get the “A1 Tornado” for free.

The game is not free and will be available for a premium of $7.99.

The initial install size of the game is 4GB.

Each route is located in a different region of the world, and they are:

N3V Games has a number of features in the pipeline for TS3, some of which are:

You needn’t be a train veteran to play this game as players will have a choice to choose between easy and a more realistic control set.

There are also no limits on the camera, and you can go from satellite view to cab view, whatever looks the most appealing to you.

Trainz Simulator 3 seems to be quite the ambitious title considering its price, but it also promises a lot of features that will be included at some point.

Will it be able to live up to its price?

Also, check out these awesome driving games on mobile!