Efun Games has just released the beta of Ashland: Rebellion of Gods

It is the first time that players can get their hands on Ashland: Rebellion of Gods and begin their journey of driving back the horde of Demons that seek to bring down the world.

During the Eternal War, Nidhogg (Dragon of ruin) broke the seal in the depth of Dark Abyss and released Azathoth (Chaos God). After centuries of battle, Zeus and Odin were finally able to throw Azathoth into the Void stream. However, in the process, his blood splattered into Asgard and created countless contaminated zones. Demons surged forth in waves, pouring into the world and destroying all life in their way. And now Athens, the last place where divine power remains, is the only hope.

Players will take on the role of the chosen hero alongside a heroic team who accepts the goddess Athena's blessing and guards the world. You can pick any god from the seven available options: Athena, Freya, Hades, Thor, Horus, Morrigan, and Ishtar. The game also features three classes - Warrior, Mage, and Archer, with each type having unique traits.

Since the beta version of the game has been launched, the gameplay videos have already surfaced online. You can have a look at one such Ashland: Rebellion of Gods video, post by YouTuber
PalmassGames, below: 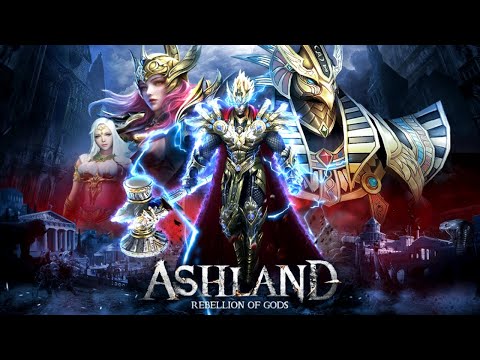 Efun Games took to the official social media handles of the game to announce that Ashland: Rebellion of Gods beta is now live in the Philippines. If you are from the country, you can simply download and enjoy the game from Google Play (Alternate Link) right away. Unfortunately, the beta is not available for iOS users.

The developer has not stated any close date for the beta version. All they have said is that it will run for a long period. The devs have also announced exclusive in-game regards for all the players who participate in this closed beta. Any player who plays the beta for over 120 Minutes will receive 6800 diamonds every day.

Looking for other RPGs to enjoy on your phone? Here are some of the best available for Android devices