R.A.C.E Interview: SMOKOKO Games' Ries Derkman on the importance of Soft Launch in 2021

When is a game truly released? Many years ago it was simply when the game became publicly available, or when it hit version 1.0. But, over the last decade, we've seen an increasing amount of games living in a constant state of ongoing development in soft launch. This is when games are released in a limited number of territories to allow developers to gather feedback from active players and make constant improvements.

We recently had a chance to chat with Ries Derkman from SMOKOKO Games who spoke about the importance of soft launch in modern gaming. They also spoke about their upcoming title, R.A.C.E, which stands for Rocket Arena Car Extreme. It promises a mixture of high-speed racing and explosive battles. Sounds fun, right?

PG: First of all, could you introduce yourself and the company you are from?

Thanks for the opportunity on behalf of our team. I’m Ries Derkman from SMOKOKO Games. SMOKOKO is a development studio and publisher of mobile racing games. The company was founded in Rivne, Ukraine in 2010 and we’re 25 people now. 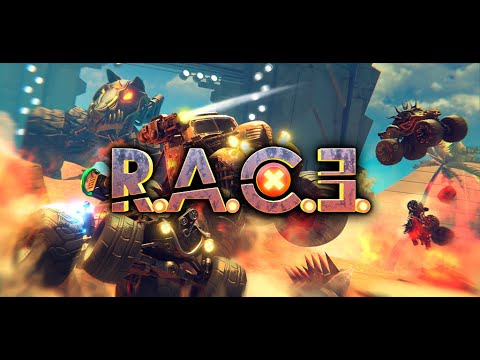 PG: The journey that a game goes through during game development is ever-changing, with terms like Soft Launch and Early Access regularly thrown around. How have you found the Soft Launch experience?

We have started soft launch in June 2020. Initially, R.A.C.E. was released in a selection of countries being Canada, Australia, Ukraine, Germany, Indonesia, Turkey and Italy. By collecting initial player data from these territories, the team’s focus was improving and polishing of the first time user experience, increasing retention, removing bugs, reduce crash and ANR rates, understanding preferred control types and balancing level difficulty. In parallel new locations with levels and additional cars were added.

In November 2020 we’ve opened Google Play Open Beta globally and were able to scale organic installs steadily over time, up to a point where R.A.C.E. was doing over 63000 installs per day. In total R.A.C.E. has passed 3 million downloads on the Play Store organically. Speaking about the term Early Access; we’re in the process of applying and hopefully entering Google Play Early Access featuring, which in case of being selected for the programme, would help us grow a bigger audience before we’ll globally launch the game in a few months from now.

PG: How have you found the reaction to being in Soft Launch from your community and audience?

Honestly a very good experience for all of us involved at SMOKOKO. From the start players have been very positive overall. For us it was and will be an essential part of the process towards launching a mobile game. Early on, R.A.C.E. was exciting for our players and we’ve communicated a lot with many of them. During Soft Launch over 20.000 players left a written review with critics, comments, recommendations and ideas to improve. It is brilliant and essentially critical to the latest build's gameplay experience of R.A.C.E.. Thanks to our beta players, the dev team has been able to continuously improve on the user experience. Each build has been significantly better than the previous one.

This reflects in updated reviews from engaged players with whom we are keeping the conversation going on a daily basis through the Developer Console. Having this said, the team is not rushing into global launch and is currently fully focused on polishing of FTUE, increasing longer term retention percentages and balance the monetisation. For SMOKOKO it’s worth a big thanks to the soft launch player base already, and it will be even more in case R.A.C.E. can gain and maintain a solid position amongst the better performing mobile racing titles across the genre.

PG: How do you feel that development would have been different if you didn't use the Soft Launch approach to development?

Absolutely necessary if your aim is to launch a mobile game with anticipated long term revenue for your studio. For our next mobile game Car Eats Car 3D, the team at SMOKOKO is already super excited to kick off with soft launching in a few months from now. With players all across the globe using all these different mobile devices, the task of removing device specific bugs and crashes to create an optimised user experience for the widest possible audience, is a significant challenge by itself. It requires months of testing and improving plus you would need an audience to test these game on. With the experience we’ve gathered with soft launching R.A.C.E., having almost 3 million installs without marketing spend, we’re positive that we can repeat our approach to the Soft Launch also for Car Eats Car 3D. 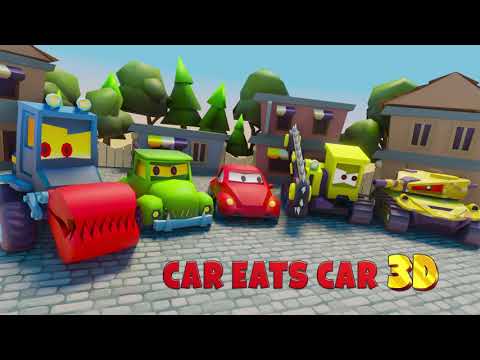 PG: How are you planning to mark the move from Soft Launch into Global Launch for your game?

The game is in good shape already. We’ve learned this over time during soft launch from the feedback of our beta players which also reflects in strong early day retention percentages for R.A.C.E. (D1, D3, D7). In the coming months the team will focus on improving long term retention (D14, D30, and up). While we do that, we’ll be adding more monetisation and in parallel spend time to optimise monetisation features overall.

We’re in the process of applying and hopefully entering Google Play Early Access featuring, which in case of being selected for the programme, would help us grow a bigger audience before we’ll globally launch the game in a few months from now. So far the feedback of both the App Store and Google Play store editorial teams has been very positive which is exciting for a studio our size of course. Target launch date for both iOS and Google Play is set on Thursday July, 1st 2021.

You can head over to the PocketGamer LaunchPad hub to find all of our exclusive announcements from our two-day event - and don't forget to tune in at 5PM UK Time for our amazing reveal stream!