Wizards of the Coast and Tuque Games has announced that its upcoming RPG Dungeons & Dragons: Dark Alliance will be coming to Xbox Game Pass on 22nd June. This means it will be playable on your mobile phone through the xCloud service that is included in Xbox Game Pass Ultimate.

In Dark Alliance, you can gather your party, choose your adventurer and set out on an epic brawl through Icewind Dale. You can choose from four iconic heroes, the Companions of the Hall Drizzt, Catti-brie, Bruenor, and Wulfgar, with each character having over 50 different moves, special abilities and team attacks. 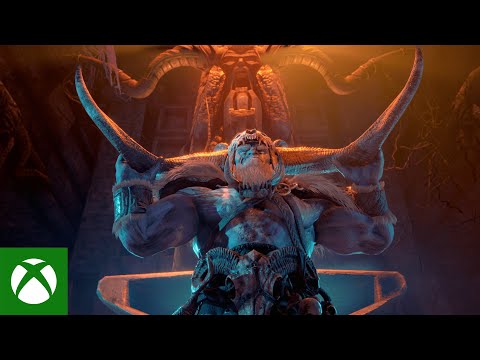 This interpretation of the iconic tabletop RPG disregards character sheets and maths, instead dropping you right into the action with you and your friends taking on iconic monsters and quests native to the Dungeons & Dragons franchise.

The combat is very pick up and play, but not easy to master either. It should be accessible to those who are not familiar with the series, while also retaining the emergent strategies and tactics that change on the fly that the Dungeons & Dragons series is famous for.

So really you can choose what’s best for you: rapid strikes and backstab executions are Drizzt’s thing, while acrobatics and long-range is more suited to Catti-brie’s playstyle. Whichever way you prefer to play, there is always an option for you.

Dungeons & Dragons comes to Xbox Game Pass Cloud on 22nd June, alongside its release on other iterations of Game Pass: Xbox One, Xbox Series X|S, and Windows 10 PC.

You can get a subscription for the service by checking it out on the official website, and if you want to start playing games on your mobile phone via cloud streaming, you will need to subscribe to the Xbox Game Pass Ultimate tier which costs £10.99 a month.

Check out these rad RPGs you can play on your Android phone.