Everything you need to know about Mobile Legends: Adventure and its new holiday update

Plenty of rewards available in this idle RPG

Mobile Legends: Adventure is celebrating the holiday season with a huge update this month and we've got all the details for you right here. If you're unfamiliar with this epic idle-RPG it's a great time to jump in as there will be plenty of content to dive straight into.

This will include a host of in-game events that will run until December 31st. Firstly, you'll be able to take part in Icy Brawl where you'll battle against the powerful Christmas Boss Yeti. You can fight them once a day with greater rewards on offer the more damage you manage to inflict. 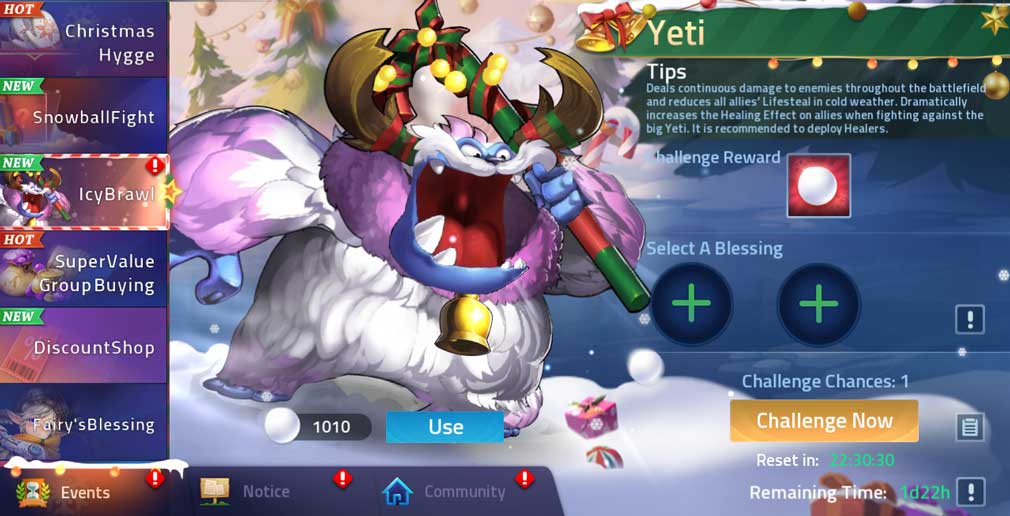 Beyond that, you will also be able to participate in Snowball Fight over the festive season. This will involve collecting snowballs throughout the event alongside completing treasure hunts that can net you hundreds of rewards and more than 13 different heroes such as Alice, Kagura, Gusion and Badang.

Christmas is also a time of giving, which you will be able to do in the Christmas Hygge event. This will see you earning a gift box of gloves for claiming hang-up rewards and beating missions. These gloves can then be given to other players if you're feeling generous.

Additional gifts can be claimed from December 25th to 31st simply for logging in each day and on the seventh, you can choose between the heroes Vaxana, Freya, Harry, Claude and Nana. Before that, however, there is another log in based event called Goddess's Blessing where you will be able to obtain the epic hero Lunox – who has also received a new reindeer skin – for checking in and completing tasks.

If you're unfamiliar with Mobile Legends: Adventure it's a casual idle RPG where you will earn a plethora of rewards even when offline. The more Campaign Stages you clear, the more rewards you earn, it's that simple. Additionally, if you prefer to be more directly involved you can turn off the fully automated battles and use your own tactics to emerge victorious. 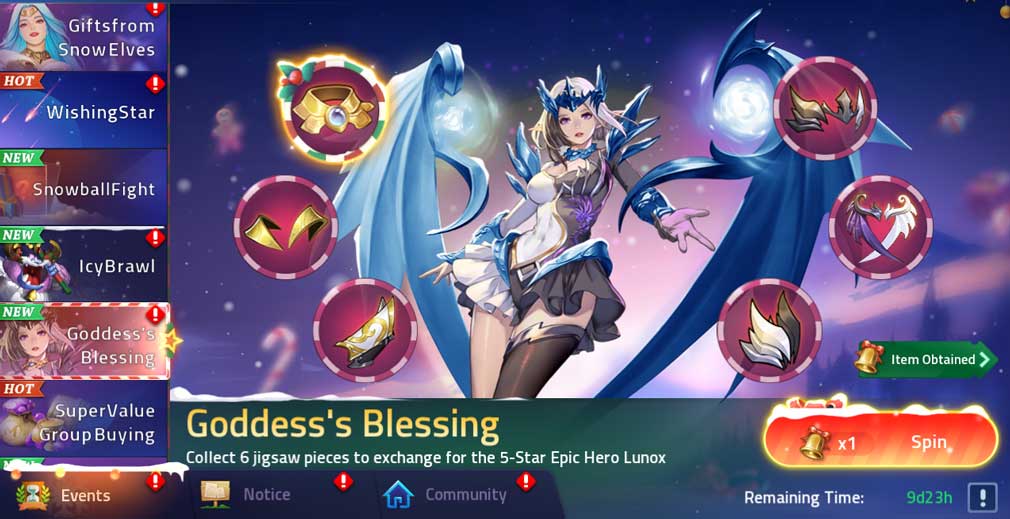 Either way, you'll be showered in various rewards from a variety of different prize pools. You can choose to pull heroes at random, from a specific faction or even look to get a specific hero you're interested in welcoming to your collection through the Wishlist and other 5-Star Hero Selection Cards.

The game's Campaign features an intriguing storyline where you'll head into Akashic's memory palace and encounter many mysterious things such as the forgotten twins, the nameless gods and the devil in the mirror. There's plenty of choice for your team too with over 70 different heroes to collect across seven Types.

The game sports a lovely manga art style with exceptional attention to detail and appealing colours. The heroes' Ultimate animations are all suitably spectacular whilst the more common battle effects are equally visually impressive. Each character design feels distinct from the last thanks to their expressively animated portraits.

Mobile Legends: Adventure is available now over on the App Store and Google Play. It's a free-to-play game with in-app purchases.

Funko Pop! Blitz's Christmas update crosses over with The Office

Top 5 iPhone and iOS games to play this Christmas