Moonton's idle JRPG Mobile Legends: Adventure is celebrating three years since its release, and fans of the franchise can gear up for tons of in-game festivities and giveaways this month. The third-anniversary celebrations include free diamond packs, premium summon scrolls and more - and here's why you should join in on the fun too!

Featuring fan-fave heroes from Mobile Legends: Bang Bang (MLBB), Mobile Legends: Adventure lets players go on an epic journey across the Land of Dawn as they battle against evil clones without having to grind away from morning 'til night.

The low-key nature of the gameplay allows players to sit back and relax as their party of heroes fights the good fight. Players can reap rewards even when they're logged off the game, as well as turn on auto-battling features to level up easily and keep things pressure-free.

An epic roster of franchise favourites

Players can collect more than a hundred heroes by summoning them from the gacha pool, each one with its own skills, unique backstories, and ult animations. You don’t need to spend resources on each new hero you summon. Instead, you can put 5 of your highest-level heroes in the Holy Sanctuary, then put your new heroes in the slots available to instantly raise them to the same level as your strongest heroes.

Combat is a tactical team-based affair where players must strategise the best formations to take down their foes. There's a variety of classes and types of heroes to tinker around with to make sure that characters are properly optimised in battle, as well as a Resonance mechanic that offers attribute bonuses depending on combinations of hero types.

In celebration of the game's third anniversary, Mobile Legends: Adventure is thanking loyal fans for their love and support with tons of in-game goodies beginning August 26th until September 15th. In particular, the 3rd Anniversary & Island Party events will offer players 20 free premium recruiting tickets and 1000 diamonds with the gift code SUMMER0826. 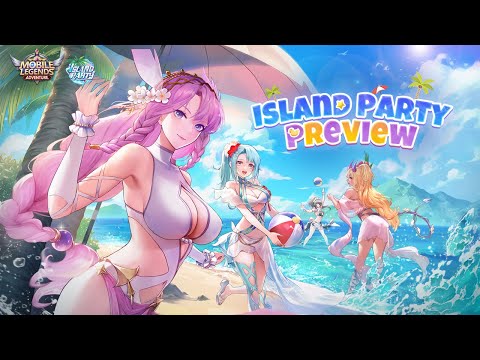 Additionally, there will be 80 free raffle cards up for grabs along with fresh and fab summer skins for Freya, Wanwan, Selena, and Tokinibara. From September 2nd to the 15th, Lunox and Lesley's summer skins last year will also be back in circulation.

Newbie players can look forward to exchanging at least 50 free recruiting coupons via first-week missions. Plus, everyone can nab the monthly pass at half the price from August 26th to September 15th. Apart from daily log-in rewards, players can score treasures from a new treasure hunt event. And finally, popular Order hero “Lunox” will be available for free.

If you're keen on joining in on the festivities, you can download Mobile Legends: Adventure. It's a free-to-play game with in-app purchases.

What's A Preferred Partner Feature?
From time to time Steel Media offers companies and organisations the opportunity to partner with us on specially commissioned articles on subjects we think are of interest to our readers. For more information about how we work with commercial partners, please read our Sponsorship Editorial Independence Policy.
If you're interested in becoming a Preferred Partner please click here.
Next Up :
The Korea Creative Content Agency (KOCCA) launches Korea Pavilion at Gamescom to showcase Korean games

Everything you need to know about Mobile Legends: Adventure and its new holiday update