Microsoft's XCloud and Xbox Game Pass initiatives can only mean good things for the mobile gaming space. Mobile is finally being seen as a "proper" platform which you can use to play traditional AAA console titles, and game streaming is a huge part of that. Sure, if you don't want game streaming, then services like Apple Arcade are there to provide you a high-quality and affordable subscription with access to hundreds of games built for mobile play and touch screens, but only on Android can you seamlessly enjoy the likes of Destiny 2, Halo 5: Guardians, Yakuza Kiwami 2, and much more.

We've already seen the Razer Kishi, an ideal mobile controller to slot your phone into that delivers a Nintendo Switch-like experience, but at Razer's usual premium price. If you don't like the idea of paying nearly double the cost of a new console controller for a mobile pad you might not use as often, then you're in the market for something just as capable, and a bit more affordable. If that's what you want, then the GameSir X2 Type-C Mobile Gaming Controller is exactly what you're looking for. 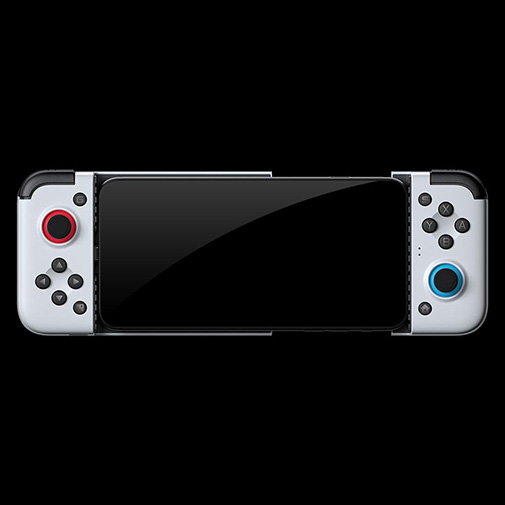 The GameSir X2 takes after the Razer Kishi in several ways. Both of the devices go for Nintendo Switch-like design, where the controller slides open and you slot your Android device inside, giving you a traditional controller layout on the left and right sides of the device. When I first slid it open I was afraid I was going to break it, but after opening it up to insert a variety of fairly large devices it, it has held together perfectly, and most of my fears have gone away.

I like the controller placement. After playing with the Nintendo Switch, and particularly the Hori Split Pad Pro, this feels entirely natural, despite how unusually long the device looks. The offset sticks are, objectively, the correct choice, and the red and blue highlights to the analogue sticks seem almost like a homage to the Nintendo Switch's design choice. That, and of course the split D-pad buttons, which are exactly like those found on the JoyCon.

The back of the device has a convex bump covered in rubber for your fingers to claw around while playing, and it's certainly a good choice. The whole device manages to be compact enough to easily slide into a bag, while also being robust enough to feel comfortable even while gaming for long periods of time. Not bad at all.

And a final note on the design, the type-C connector on the controller does move back and forth slightly, so you won't worry about snapping it while fitting your phone into the device. 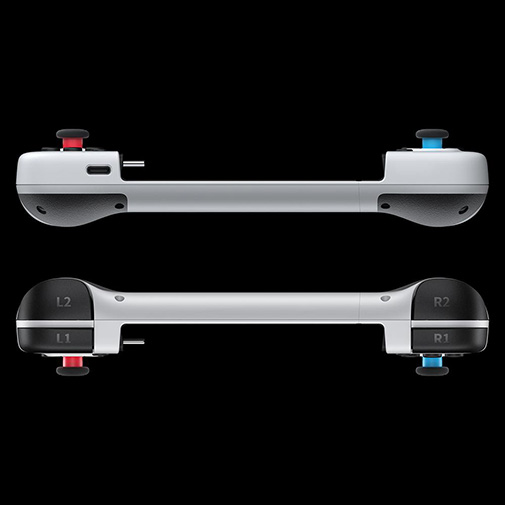 This device is positioned at a fairly budget price, and therefore it makes sense that not every aspect of the controller would necessarily feel premium. In this case, it is the incredibly clicky selection of buttons. The shoulder and trigger buttons made a fairly loud, audible click, while the dozen face buttons make a softer, more muffled click. If I had to guess, I'd say there's a rubber membrane underneath the face buttons. In addition to the face buttons and split D-pad, there are S, G, Home, and Share buttons. S and G are just Start and Select, or whatever names modern systems are using for them now, while the Home and Share buttons, again, take after the Nintendo Switch, with the Home button working as you'd expect, and Share taking a screenshot of your mobile device.

The buttons are 100% acceptable. If this were a controller that I intended to use for long periods of time regularly, I wouldn't be happy, but I use Xbox Game Pass on mobile the way it is often intended to be used - as a nice alternative to playing games at home. I will always be playing games at home more, and while portable, these buttons are all perfectly serviceable - though if you're using game streaming regularly, you might want better than this.

As a plus point though, the sticks are pretty much faultless. There are, luckily, not like the analogue sticks you'd find on the JoyCon, but instead are much closer to a "proper" traditional controller. They spring back perfectly, feel perfectly smooth to move, and I just can't really find a complaint. The surface area of the thumb grip is a bit small, perhaps, but I feel like I'm being pedantic by just saying that.

But possibly the strangest decision GameSir made here is copying the face button position of the Nintendo Switch, with the button on the right side. When this controller is so perfectly positioned for Xbox Game Pass otherwise, this feels like a very weird oversight. While jumping from games on console to mobile, I almost always became slightly disorientated. 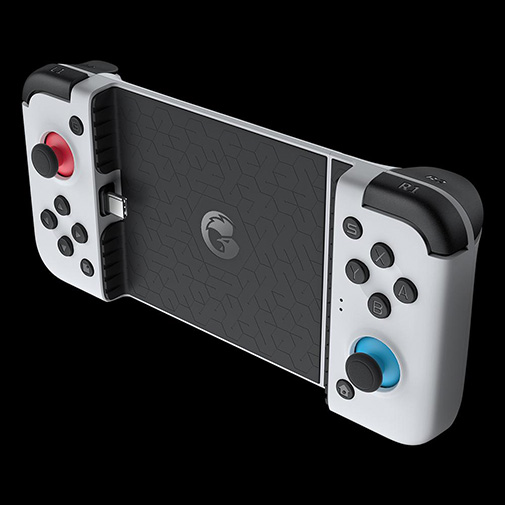 The broad pros and cons

The GameSir X2 Type-C controller is one of the more affordable mobile controllers of its kind and still does everything just as well as the big-budget competitors, like the Razer Kishi. It's almost as compact, looks stylish, feels comfortable, and plays games great.

But the buttons aren't fantastic, and the general build quality, while comfortable, does make me think that the device won't last through multiple years of heavy play.

The GameSir X2 Type-C controller is perfect for what it is. A budget mobile controller, perfectly designed to enjoy streaming games on services like Xbox Game Pass, Google Stadia, or the upcoming Amazon Luna. It's obviously not the premium choice, but it doesn't have to be. This makes for an excellent option to play Xbox Game Pass games, in addition to any other controller-supported Android title. If you want a single-purpose controller for your Android phone, this is it - just don't try to fit a tablet in it…

Sneaky Sasquatch: A few ways to earn some nice coin in the game