These controllers look nothing like Joy Con, but that’s kind of the charm when it comes to the Snakebyte Multi:Playcon. Thematically for the spooky months, these unofficial controllers by Snakebyte, a German company that is known for gaming accessories and peripherals, comes in quite cheap compared to the official controllers you can get, but are they a good substitution?

When it comes to JoyCons, you often can find yourself paying a high price, which means that they are mainly used for replacing broken cons. The Multi:PlayCon seems to be more of a controller feel, without the bit that slides onto the device, which means it’s good for storing apart from your switch as a bonus set of controllers. They have a spooky, Jack-o-Lantern-esque looking, which is appealing, but apart from that and the price point, it’s definitely not up to par with the official controllers. 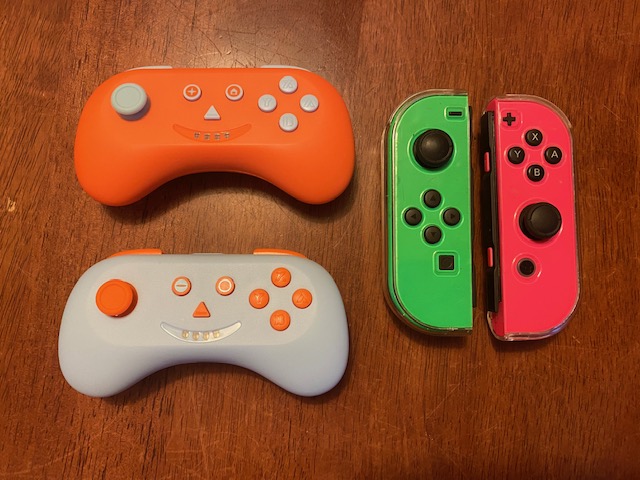 These controllers almost feel like children’s controllers - quite light in weight with buttons as eyes and smiling back at you with their sharp teeth. You can get these in two set colors: either black and white (which looks quite grey) or bright orange and baby blue. We ended up with the latter, colorful ones. The plus, minus, circle and home buttons are eyes on these respective controllers and there are four lights that work as teeth in a smile. There is also a L and R button at the top. They look cute, in a child-like way, good for smaller people who want to play on your Nintendo Switch but will probably fail to put the controllers on correctly, or pull them off over and over until they break - I’ve had that second issue personally and it’s not fun.

The box also has an instruction menu and USB dongle inside of it.

When it comes to connecting the Multi:PlayCon, despite the instructions, we struggled. The controllers have a lot of issues pairing - which might be down to them being unofficial and unable to physically join onto the console. They have a button on their triangle nose that’s meant to sync them to the Nintendo Switch, however, it’s normal, wired connection does not connect to the Switch. To make matters worse, the controllers will disconnect themselves after a few minutes of being idle, which means you’ll think they are broken or need to go through the whole process again if you take a break for a moment.

These controllers are a stripped-down version of the Joy Con, with no motion control capability, no Amiibo scanner, HD rumble feature or depth-tracking sensors, so there are games that will not work as intended with them. They are a better shape than the Nintendo Switch controllers when it comes to holding and gripping the controllers themselves. I quite like the bumpers, as these bumpers feel more real and tactical than a Nintendo Switch controller without the safety strap added in, but overall, the buttons do have a bit of a cheap feel to them. 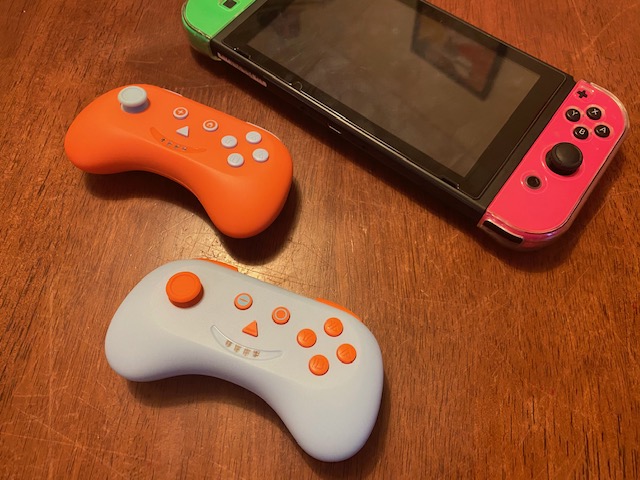 When it comes to battery life, you won’t be sliding these controllers onto your Switch to charge, instead, they come with a Micro-USB type B cable, which can let you charge your controller while you game! The battery life, after charging completely, is half the time of the official JoyCons, coming in at 10 hours.

Though the Snakebyte Multi:Playcon controllers look really cute, they only perform best when it comes to acting as a second set of controllers, worth taking out when you have a bunch of friends over and want to all play together. I do feel they are more attractive to children - and less scary with the number of buttons. At this price point, you won’t get too upset if they break them either!

If you are looking for some controllers to have around the house, in case you have friends over, and don’t use games that need motion or depth, these ones are a good solution at an affordable price.
Next Up :
Hundred Days review - "A success for the management genre"