Test your skills against other adventurers

A new class is set to arrive in Pearl Abyss' popular MMORPG Black Desert Mobile. It's called the Tamer and will make its debut in BDM alongside an in-game PvP focused called Black Sun. It's the 10th class to be added to the game and promises a unique playstyle.

Both cute and deadly, the Tamer is capable of summoning a magical pet beast called Heilang who will join her in battle. She can mount Heilang and the pair will use synchronised attacks to dish out some serious damage. The Tamer herself favours a Short Sword as her main hand weapon with a trinket as her secondary. 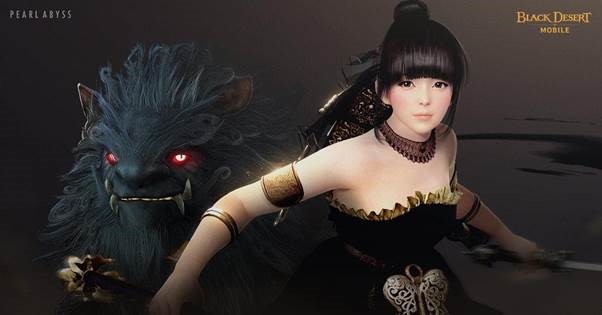 Elsewhere, the new event Black Sun event is PvP content that allows adventurers to test their skills against one another whenever the Black Sun appears in the sky. This will be every Wednesday, Friday and Sunday between 21:00-22:00. Don't worry though, an in-game notification will be sent to players when it is available if you're the forgetful type.

Earning wins in this game mode will net players a Black Sun score. This can then be exchanged for either precious dark coins or chaos crystals. Once the Black Sun has risen Arena, Ramoness Arena, and Outlaw Mode will not be accessible during that time. Similarly, any players in Hadum's Realm will be moved back to Elion's world.

If you're interested in all the minutia of the latest update to Black Desert Mobile, head on over to the game's official website where you'll be able to pour through all of the patch notes. Additionally, if you're interested in learning more about the Tamer, GM Joel will be playing the class on BDM's Twitch channel today with the recording available shortly after the stream.

On the hunt for some quality RPGs you can play on your phone? Well, here are 25 of our favourites for iPhone & iPad

ARKNET: Singularity is an action-stealth game where players must stop an evil AI, available now for Android