Battle through a host of new quests

Previously teased two weeks ago, Hadum's Realm has now arrived in Pearl Abyss' popular MMORPG Black Desert Mobile. It is a place of chaos and darkness that is ruled over by Hadum, the Goddess of Darkness herself.

The realm is so dangerous that to even set foot there, players will need to be protected by light using holy water. Once adequately defended they'll be able to battle against incredibly powerful monsters that the Goddess of Darkness has created. Alongside this new area, players will find fresh quests and other content to enjoy. 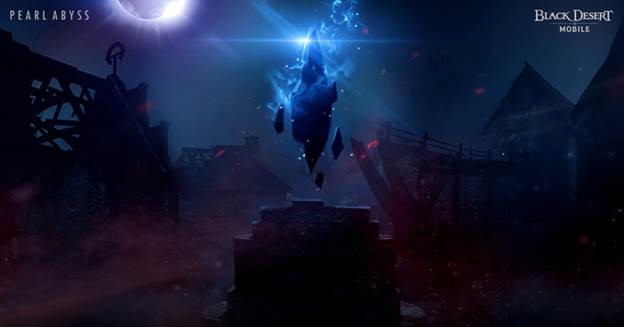 Players may wish to take some time to become stronger before diving headfirst into this new, treacherous area though. A good place to do so would be to take part in World Boss Season 3. These new bosses will provide a fresh batch of rewards once defeated including World Boss gear fragments and Hero’s Legacy among other World Boss weapons and gear.

The update also adds a brand new shop to the world of Black Desert Mobile. It will stock a variety of special items and an Auto-Awakened Enhancement System to allow players to upgrade their gear to a higher level before facing the new challenges that await them.

Finally, the eagerly awaited eleventh skill will be rolled out to all of the currently available classes in the MMORPG. This will give players an additional way to build their characters. If you're interested in the full set of patch notes you can find them over on the game's official website.

On the hunt for some quality RPGs you can play on your phone? Well, here are 25 of our favourites for iPhone & iPad
SEE COMMENTS