Join Cain as he battles against evil

Initially announced towards the end of August, Super Planet's latest game Sword Master Story is now available for iOS and Android. It's the latest of several titles the company has released this year that include the likes of Lucid Adventure, Idle Guardians and the incredibly popular Evil Hunter Tycoon

Sword Master Story is an action RPG that follows the story of a young student named Cain. He's transported to another world by accident where he becomes the titular Sword Master and is tasked with protecting his new home from the evil that threatens it. 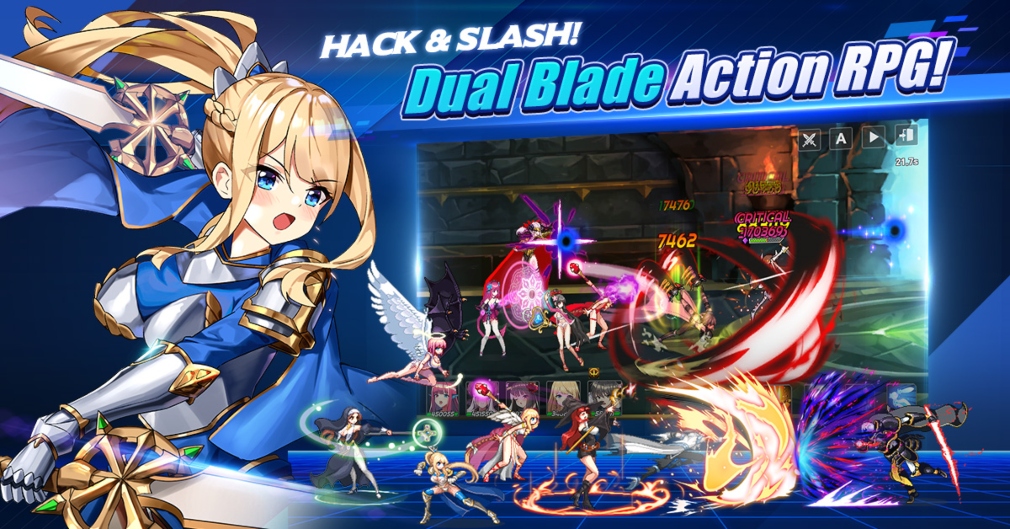 It promises fast-paced hack 'n' slash action thanks to Cain's aptitude for dual-wielding two blades. This sense of speed is captured through the animations the game uses, which you can check out in the embedded video below.

Players won't just be in charge of Cain throughout their adventure, however. There are 40 different heroes to collect and summon to make use of too with four different classes and five different attributes to consider when creating your team.

It's a gacha game then essentially and one that has idle functions if you prefer a more hands-off approach to your RPGs. Each of the characters you can collect can be powered up through standard levelling and their strength can be increased further through two systems called Rebirth and Transcendence.

Sword Master Story is available now over on the App Store and Google Play. It's a free-to-play game with in-app purchases.

On the hunt for some high-quality RPGs on mobile? Well, here are 25 of our favourites for iPhone and iPad
SEE COMMENTS

Funko Pop! Blitz, the match-3 puzzler from N3TWORK, is available now globally for iOS and Android

The Ultimate Guide to Genshin Impact