The hack-and-slash ARPG Sword Master Story has officially announced that it has reached over four million downloads since launching nearly two years ago. The success the game has seen is mostly credited to its moreish gameplay loops but has been helped out by numerous collaborations with big IPs such as the popular anime series Danmachi and KonoSuba as well.

Sword Master Story is an idle RPG at heart but is not entirely hands-off as some idle titles tend to be. Instead, the idle gameplay allows players to develop their party from a massive assortment of unique characters and allow them to do battle while you’re busy. When properly playing Sword Master Story outside of the idle mechanics, you’ll be experiencing a very flashy and graphically engaging anime-style combat system that’s almost always keeping you engaged with its super-fast tempo.

Another big factor of the game’s success is definitely the storyline it has had going for so many years, adding onto it over the course of numerous patches that also came with new dungeons and various other new pieces of content. Constantly updating and always intriguing, the storyline tells the tale of Cain, a modern-day student who gets transported to a new realm to become a Sword Master and restore global peace. Without spoiling too much, expect plenty of twists and turns as you watch Cain and his friends overcome various trials and roadblocks. 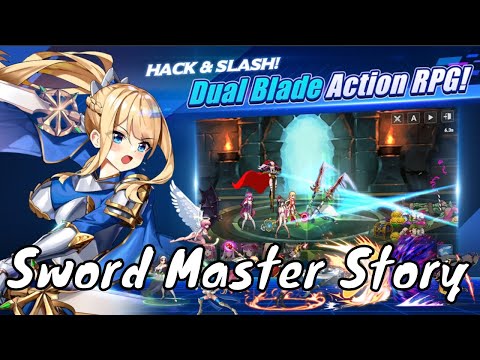 And, of course, the collaborations with huge anime properties and other massive updates coming in on a nearly monthly basis means that Sword Master Story stays constantly fresh and new for even long-time players. With all of this combined, it’s easy to see why it has reached so many unique downloads and to celebrate, Sword Master Story is hosting a ton of activities and has plenty of planned announcements upcoming. As of right now, players can participate in the Congratulatory Comment Event and earn 2,500 rubies as well as a Surprise Coupon Event too.

This is only the beginning of the celebrations being hosted within Sword Master Story, so get in while the getting is good. To do so, you can find the action RPG for free on Google Play and the App Store. For any updates on what celebratory events are coming your way, you can stay tuned to the official Sword Master Story developer SuperPlanet's Twitter handle.

Looking for more anime-style action games? Check out our Top 25 best Android JRPGs!
Next Up :
Honor of Kings, the China exclusive version of Arena of Valor, to get global release