Battle against a plethora of bosses and solve numerous puzzles

Around five years ago, we reported that Double Eleven's sci-fi action RPG Songbringer would be heading for iOS devices. At the time we believed it would launch in 2016 but delays happen from time to time and now it's finally available.

Before heading to mobile though, Songbringer did release for pretty much every other platform in 2017 including PS4, Xbox One, Switch and PC. In truth, it received fairly average reviews on those platforms from critics. However, user reviews have generally been more positive and this is a free-to-play version of the game, so you can always try it out to see if it appeals to your tastes. 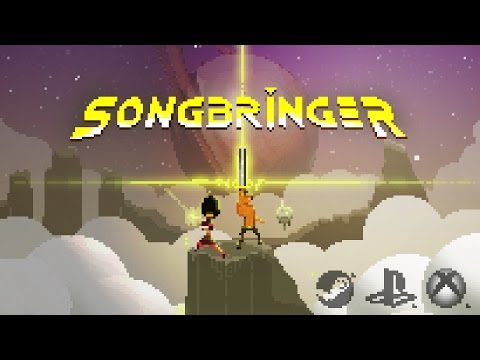 The game sees you playing as protagonist Roq Epimetheos, a gentleman who likes partying and making music as he travels across the galaxy in his ship, the titular Songbringer. One day our hero finds a nanosword hidden in a cave on a planet called Ekzerra and in doing so awakens an ancient evil he'll now have to deal with.

From there you'll have to battle your way through 10 procedurally generated dungeons in each world where a host of puzzles, quests, enemies and bosses will test your brains and brawn. Throughout these dungeons, there are lost artefacts to discover that can be combined to craft new weaponry.

In this mobile version of the game, there are two new craftable weapons to make. They are the Flamethrower and Hyper Boots. Alongside these additions to Songbringer's arsenal, there is a combat-focused dungeon to tackle that is home to remixed enemies and a new boss.

Songbringer is available now over on the App Store. It's a free-to-play game with in-app purchases.

On the hunt for more top-tier RPGs? Here are 25 of the best you can play right now on iPhone and iPad