Following its 1-year anniversary celebrations, Pokemon Masters EX has now started another event called Family Ties that will run from today until September 30th. In addition to that, players will also receive 3000 Gems to their Gift Box to celebrate Pokemon Masters EX's birthday.

The story of Family Ties will follow Sun and Moon characters Lillie, Gladion and Lusamine as they try and learn how best to battle together as a trio. Players will complete battles to collect Travel Tokens that will allow them to progress through the Event maps. 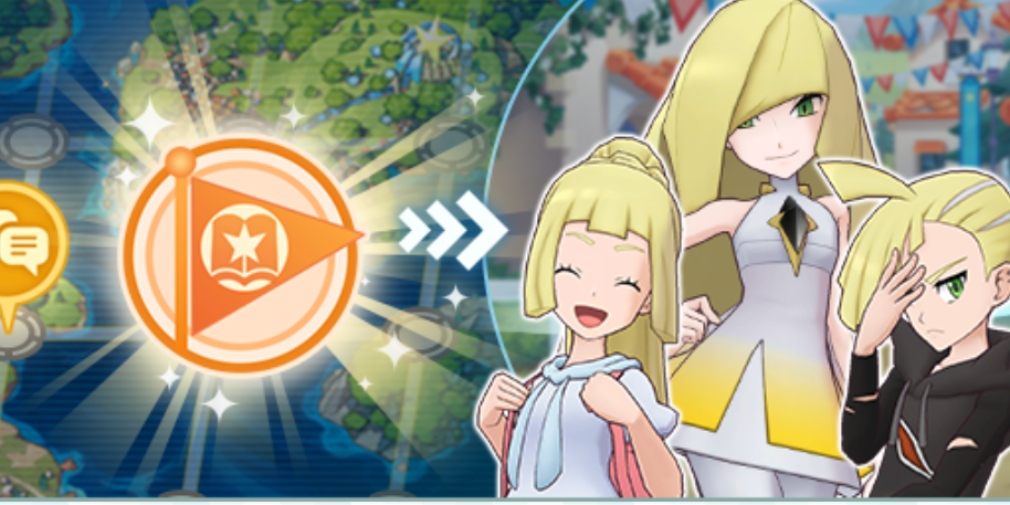 There will be a host of items to collect through this event then, including a 4-Star and 3-Star Power-Up, a Strike Move Candy Coin and a Tech Move Candy Coin. There will also be 17 missions to complete that will net players a mixture of medals and Gems for beating certain areas and meeting set criteria.

The event will also see the addition of three new Sync Pairs but they'll be introduced over time. For now, players will be able to find Lusamine & Pheromosa in her own Spotlight Scout. Then from 14th and 17th September, Gladion & Silvally and Lillie & Clefairy will receive their own Spotlight Scouts respectively. All three will then run until October 1st.

For the next four days, the only new Sync Pair will be Lusamine & Pheromosa, marking the first time an Ultra Beast has appeared in Pokemon Masters. They are a 5-Star Special Strike with their Sync Grind already expanded and the option to be raised to 6-Star EX. It will have Bug typing and will be weak to Fire attacks.