Street Fighter's Ryu, Ken, M. Bison, Chun-Li, and Dhalsim have all entered the world of Summoners War thanks to a major collaboration event. From now until November 1st, you'll be able to meet and battle these iconic fighters.

They've all been redesigned to fit with the game's art style, though while they may be a tad cutesier than usual, you can still expect them to lay down some impressive special moves when in the heat of battle. Ryu, Ken, and M. Bison are 5-star monsters, while Chun-Li and Dhalsim are 4-star monsters. 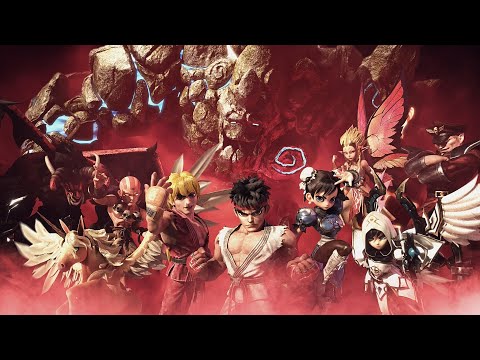 The game's latest update also adds fresh battle content, including a collaboration dungeon called 'Fighter's Dimensional Rift'. It's open until October 4th, and it sees you facing off against deadly bosses such as the aforementioned fighters.

You can clear the dungeon up to a maximum of five times, earning yourself plenty of 'Fighter's Seals' along the way. These can then be used to obtain special items during the collab event.

And if you're feeling especially brave, you'll even be able to test your mettle in a head-to-head battle against the various fighters.

More info on the collaboration and all of its events is available over on the game's official site. Those yet to give it a go will find Summoners War up for download now from both the App Store and Google Play as a free-to-play game.

On the hunt for the very best mobile RPGs? Well, here are 25 of our absolute favourites for iPhone & iPad