The Mushroom Kingdom has suffered a shocking 3D coup, the likes of which hasn't been seen since Super Mario 64 rolled into town. Angular origami monsters roam the streets, forests and deserts, feasting on the realm's 2D citizens.

It's up to Mario and his neatly folded sidekick Olivia to right the wrongs, iron out the creases, and cut the coloured streamers that have bound up key parts of Mushroom Kingdom infrastructure.

Let's cut to the chase here: Paper Mario: The Origami King doesn't reach the heights of 2004's Paper Mario: The Thousand-Year Door, and Nintendo still seems to have a bizarre aversion to the deeper RPG elements that helped define this quirky offshoot franchise.

But having spent 40-odd hours in its company, I'm happy to recommend it to all but the most embittered franchise die hard.

For much of its run time, Paper Mario: The Origami King plays like a sort of Fisher Price Legend of Zelda. I got serious Wind Waker vibes at various points.

This is an easy going adventure with puzzle-filled dungeons, semi-open overworld hubs, bags of hidden secrets, and a handful of elemental beasts that need taming and turning to your cause. 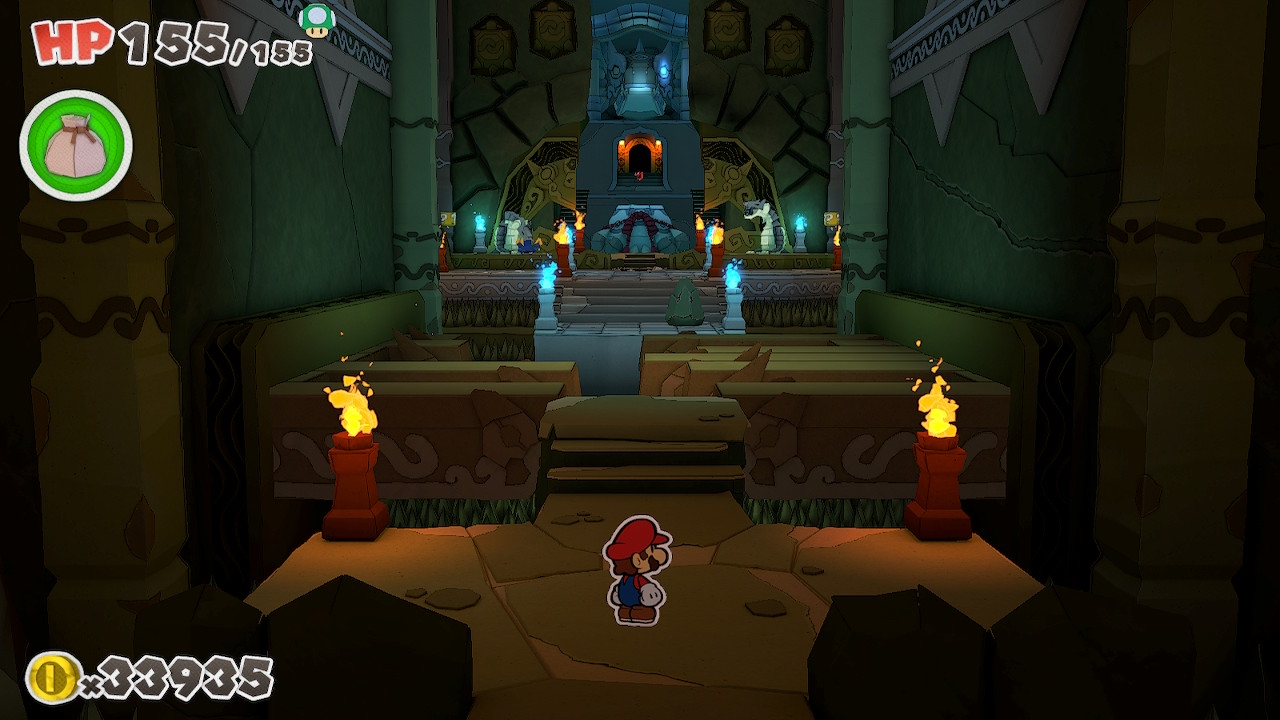 It's far talkier than Zelda, though. You're constantly interacting with NPCs, from the hundreds of hapless Toads hidden around the landscape to your cheery companions.

Thankfully, the dialogue never once grows tiresome. This is a splendidly written adventure, filled with humour and warmth. It also finds room for a little tragedy and even a spot of social commentary here and there.

It feels impossible to grow bored when you're scooting through The Origami King's charming world.

There's just too much variety to its set pieces, too many unexpected twists and turns to its formula, and too much delight in discovering the next visual pun or knowing nod to pop culture. Fans will particularly appreciate the little references to the wider Mario universe. 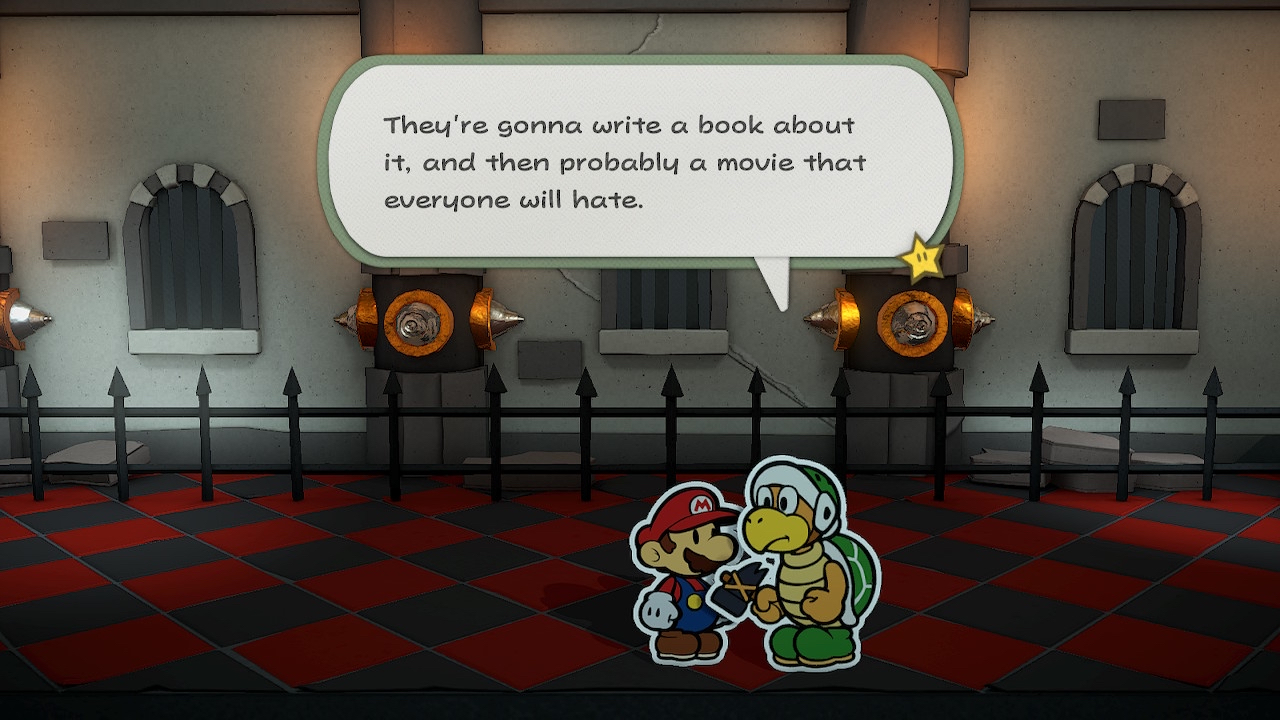 Needless to say, the graphics are a delight. Nintendo is a dab hand at this paper craft aesthetic by now, as it's seen them though a number of Paper Mario, Kirby and Yoshi games at this point.

What it lacks in flashy lighting effect and immense detail, it more than makes up for with personality and sheer artistry.

It's a good job that The Origami King is such an entertaining romp, because one particular element is a bit of a let down. Its unorthodox combat system feels like an ill-fitting part that we'd rather had been shed for something more run of the mill.

The Origami King's cut-away battles essentially drop you into a series of block-sliding puzzles. Mario stands in the centre of a giant dart board, with enemies standing around in various formations. 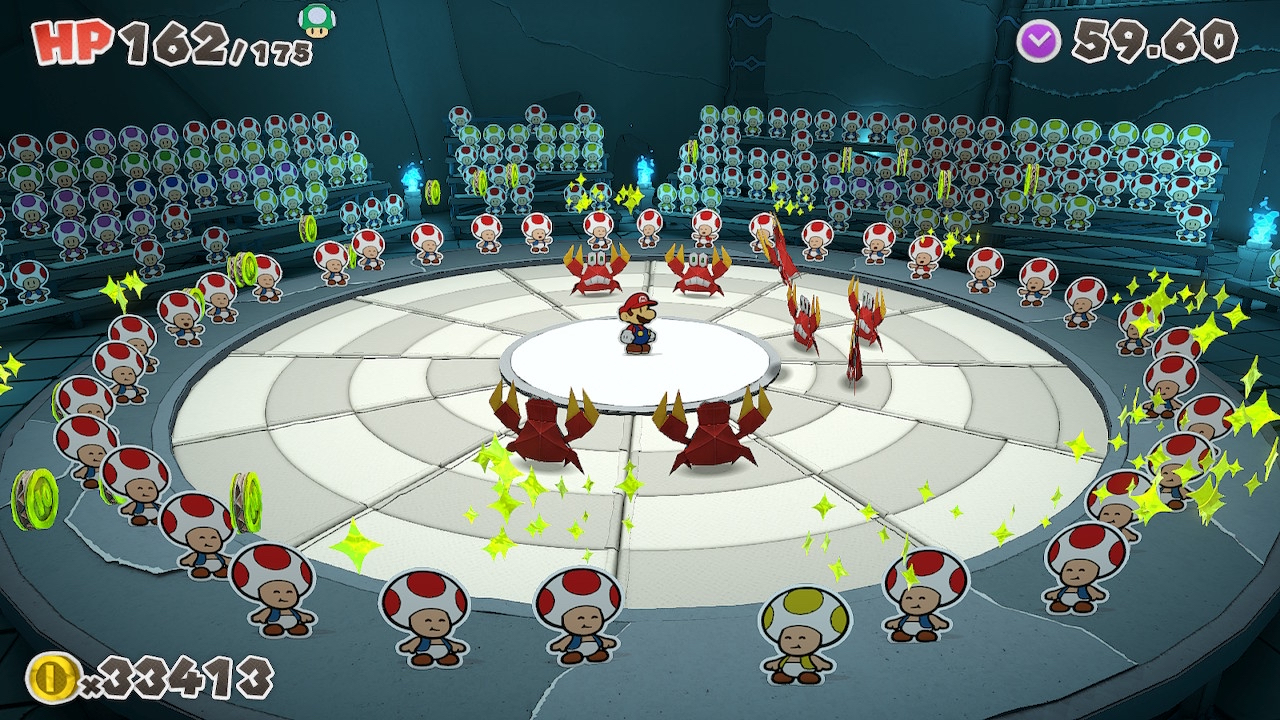 You have the ability to rotate these ring-shaped sections, or to slide rows backwards and forwards. In this way you can align enemies in rows and clusters for eventual dispatch with your jump or hammer attacks.

This system never quite clicked with me, flitting between boringly easy and frustratingly opaque, with the odd diverting boss encounter in between. As if to concede what an awkward customer it can be, Nintendo has given you a Toad cheering mechanic that essentially stands as a pay to win system, which is a crutch I found myself leaning on more as the game entered its latter stages.

Not up for the fight

Another problem with the battle system is that it doesn't feed into the rest of the game in any meaningful way. There's no traditional levelling up or character development in The Origami King, just the odd randomly doled out Max Heart power up.

Ultimately, I found myself avoiding battles wherever possible, and shortcutting through the ones I had no choice over. It just felt pointless to engage. 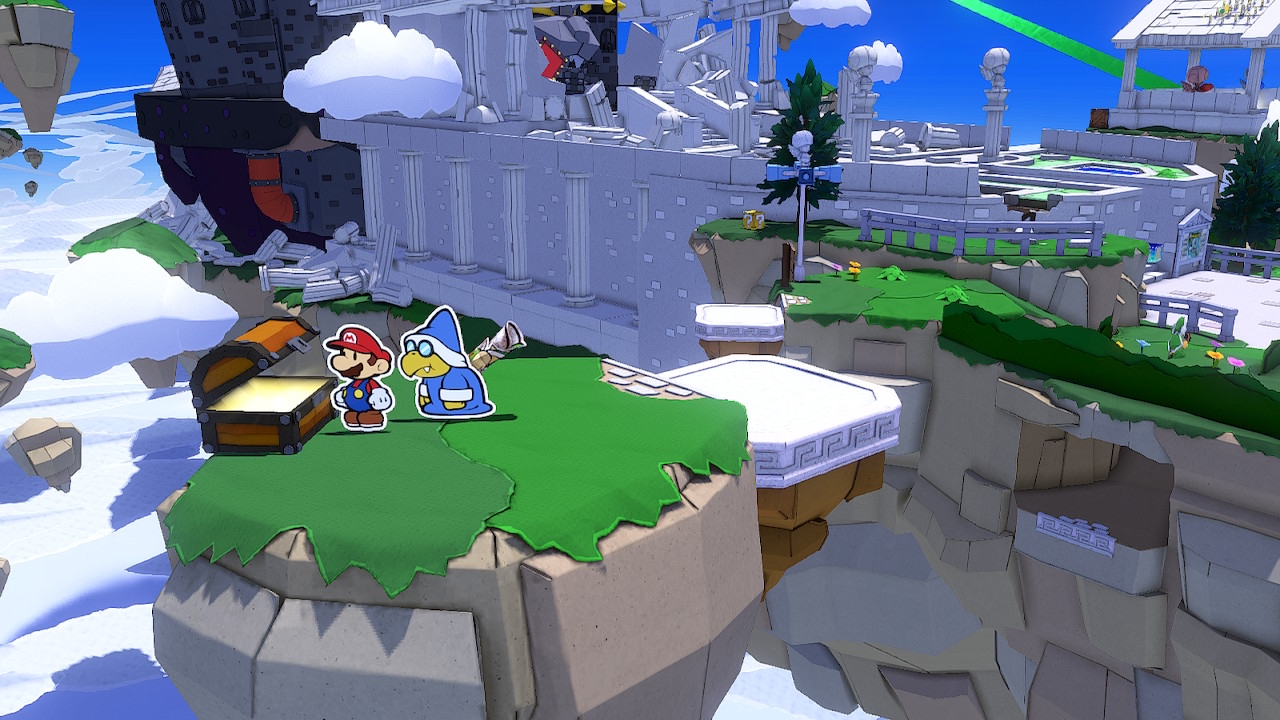 All in all, Nintendo continues to seem embarrassed by Paper Mario's RPG roots. Which is a shame, especially when it comes at the expense of depth and purpose in the wider game.

It attempts to cover for this lack of substance with countless 'treasure' collectibles, which really don't amount to anything in the long run. Even the stream of hidden Toads that successfully drives your exploration in the early game completely dries up by the end.

This is a campaign that leads you on one of the most joyful, sharply written quests on any platform. But it's loosely tied to a battle system that confounds, bores, and frustrates in equal measure.

Paper Mario: The Origami King's overwhelming strengths make it more than worthy of your time, and there are systems in place that minimise its weaknesses. It's good to see that Nintendo still understands the heart of its oddball spin-off series, even if it still suffers from the odd inexplicable brain fade.