The game is set to launch on August 20th

Dungeon Dogs is an upcoming idle RPG from PocApp Studios who are behind the supremely popular Castle Cats. It was initially announced back at the end of April and now we know that it will launch for both iOS and Android on August 20th.

As far as idle RPGs go then, this one appears to be very highly anticipated and has been available for a while now through Google Play's Early Access program in Sweden. If you've played PocApp's previous game Castle Cats, you won't be surprised to learn that Dungeon Dogs will see players creating a canine army.

The game is set in the world of Lupinia where an evil cat king rules over the land and dogs are relegated to second class citizens. So, to battle against this a pack of dogs have formed a rebellion after discovering there may be a true heir to the throne. Their names are Lyra, Ken and Poppy and they set off to find that potential successor.

Throughout their journey, they will welcome new hounds to their pack, with over 45 different types available on launch. They'll each have different skills and characteristics to make use of so you'll want to try out different team setups until you find the perfect combination of puppers. 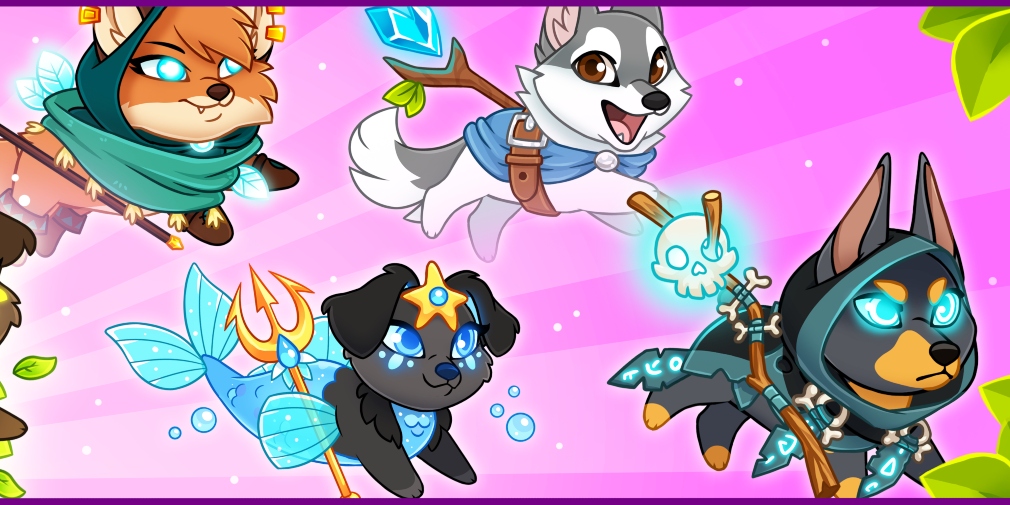 There will be 85 different quests for players to complete when the game launches, with more set to be added in the future. Naturally, as this is an idle RPG you can simply pick your team and let them get to work for you, allowing you to reap the rewards of your dog's efforts without having to lift a finger.

Dungeon Dogs is available to pre-order now over on the App Store and Google Play ahead of its release on 19th August. It will be a free-to-play game with in-app purchases.

Prefer your RPGs a little less idle? No problem, here are 25 of the best available for Android