Developers Golden Orb are aiming for a Spring 2021 release

Siebenstreich is an upcoming 2D adventure game from developers Golden Orb that follows the story of a D&D group's hero: a hip tailor. Their character is joined on that journey by a vegan carnivorous plant called Trudie. As you've probably guessed then, this is a very light-hearted adventure title.

It's set to launch for Nintendo Switch and Steam in Spring next year when players will be able to embark on this comedic journey. However, despite the humorous tone, things aren't going too well in the kingdom of Mirrormore and players will have to return it to its former glory. 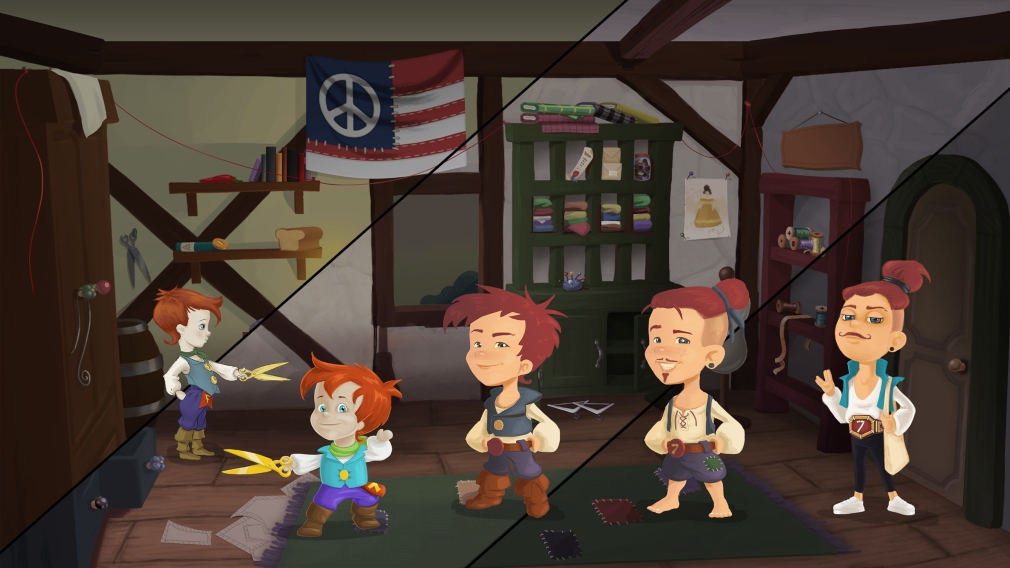 This is represented in-game by an ever-changing colour scheme. Everything will start out greyscale with very little in the way of colour. But as you progress through the story, solve puzzles in different areas and generally ease some of the kingdom's troubles, the colour will return.

It won't just be the colour scheme either, dead trees will have their foliage return, broken bridges will be fixed and any litter scattered about the environment will be cleared away. It reminds me a tad of the Xbox 360 game The Saboteur but with a more gradual change instead of immediately swapping from black and white to full colour.

It's a neat mechanic and one that should definitely help players truly feel the difference they've made in the world since they can physically see it. You can check out some examples of the gradually changing colour palette in the screenshots and trailer embedded in this article. 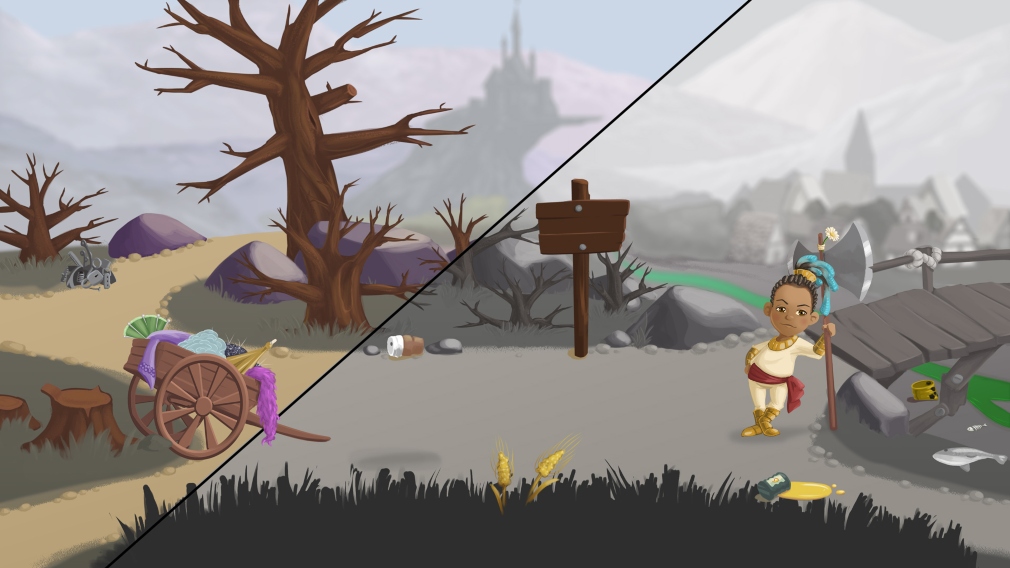 Beyond that, you can expect to meet an interesting cast of NPCs throughout your journey such as a guerilla unicorn and an artistic giant. And you can probably expect the story to get quite meta at times, given that you're effectively playing a game within a game.

Siebenstreich will be coming to Nintendo Switch and Steam with a release date planned for the Spring of 2021.

Head to the Pocket Gamer LaunchPad hub to find all of our exclusive announcements from our three-day event.
SEE COMMENTS

Check out our exclusive trailer for Smash Ball, an intense action sports game heading for iOS and Android later this year

Cinematic platformer Ministry of Broadcast is coming to mobile