Check out an exclusive trailer for Tin & Kuna, a cute adventure platformer heading for Switch this September

Tin & Kuna is an upcoming platformer from Aksys Games that's set to release for consoles including Nintendo Switch on 10th September. Today we have some exclusive gameplay to share with you that fans of adventure platformers will likely enjoy.

The trailer shows off the variety of different locales your journey will take you through as you take control of the titular Kuna. There are a nice mix of grassy stages, more tropical areas and colder levels, both in terms of temperature and architecture.

Tin & Kuna starts with the important Prime Orb being stolen so our hero sets off on a quest to retrieve it. Each level will be filled with platforming challenges as well as puzzles to solve. Kuna starts off with the ability to turn himself into a ball and roll around each stage like some kind of sentient pinball. 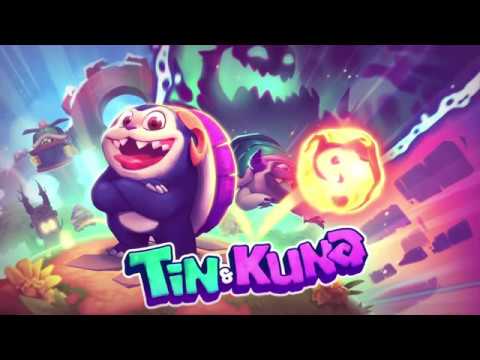 As you progress deeper into the game he'll also unlock other abilities such as being able to jump higher to pull off more impressive platforming feats. Beyond that, he'll unlock the ability to catch fire and stick to any magnetic object.

Aside from the usual platforming fair, you'll be familiar with, there are also segments in Tin & Kuna that will put your balancing skills to the test. This will see players having traverse various paths as numerous enemies do their utmost to knock our hero off.

As you can see from the trailer above, however, there appear to be ways to recover if you do get pushed off the edge. Using the game's double jump when knocked from a precarious position can save an otherwise failed attempt, so you'll need to have swift reactions if happen to fall.

Tin & Kuna is set to release for Nintendo Switch, PS4 and Xbox One on 10th September.