Check out our exclusive reveal for Kanso, a beautiful hyper-casual game for iOS that aims to help players relax

Slated to release for iOS this winter

Kanso is an upcoming hyper-casual game from developer Dave Sapien who you may be familiar with from his previous title Mona Lisa. Kanso is intended to be a Zen experience for iOS that Sapien also describes as being a hyper-casual version of Super Hexagon and presumably far less chaotic.

The game itself is inspired by the Zen calligraphy practice Ensô, which is where people paint a circle onto a blank sheet of paper, with the idea being this provides a moment of peace from the hustle and bustle of daily life. 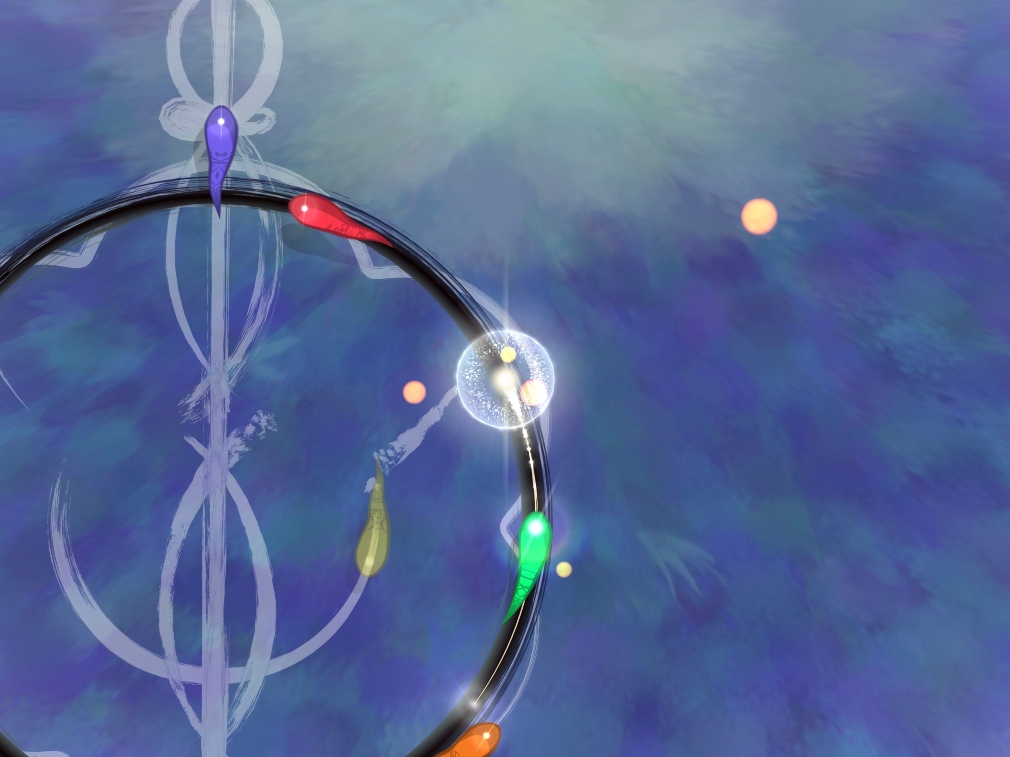 This practice will be mirrored in Kanso's gameplay then and will see players tracing their finger around a circle that appears on the screen. Each level will have a different shape to follow and there will also be guiding energy Daemons to avoid. These all follow predictable movement patterns so it's unlikely to present any real challenge, but that's not the point after all.

Instead, pausing for these guiding energies is intended to be a reminder for the player to breathe, which is another big aspect to Kanso. The game will encourage you to breathe regularly throughout your journey in an attempt to lower your heart rate and reduce stress.

You can see an example of a level in the embedded trailer above and it looks absolutely beautiful. There are over 300 levels to play through across 10 different worlds. There are also a host of different input options depending on your preference. You can use touch controls or the analogue stick on a controller, for instance.

Kanso will be available on the App Store when it launches later this year. It will be a premium title, though we're unsure of the price at present.

Head to the Pocket Gamer LaunchPad hub to find all of our exclusive announcements from our three-day event.
SEE COMMENTS