Available for iOS and Android in just a few short weeks

Ninety's Station Labs stylish new pool game, Sky 8 Ball, is set to release for iOS and Android very soon, either the end of July or beginning of August. It's been rigorously tested in soft-launch where it's been available in 32 different countries.

Besides boasting some extremely polished graphics and an equally snazzy soundtrack, the game will offer players a whole host of modes where they can enjoy a spot of pool. This includes Pass n Play so two friends can play against one another on the same device and online multiplayer so they can go head-to-head with pool aficionados across the globe.

Within the online multiplayer you’ll be able to compete in 1v1 matches with different options for finding opponents. That might be simply inviting a friend via code or through Random Matchmaking which will seek out a player of a similar level. Each win will net them coins that will help them climb the leaderboards. A 2v2 setup is also planned to be introduced after launch.

There will also be weekly and monthly events for players to get involved in. These will have fixed entry fees but will allow players to potentially win big if their skills are up to scratch. This mode was introduced to give players another way to make coins without having to buy them for full price with real cash. 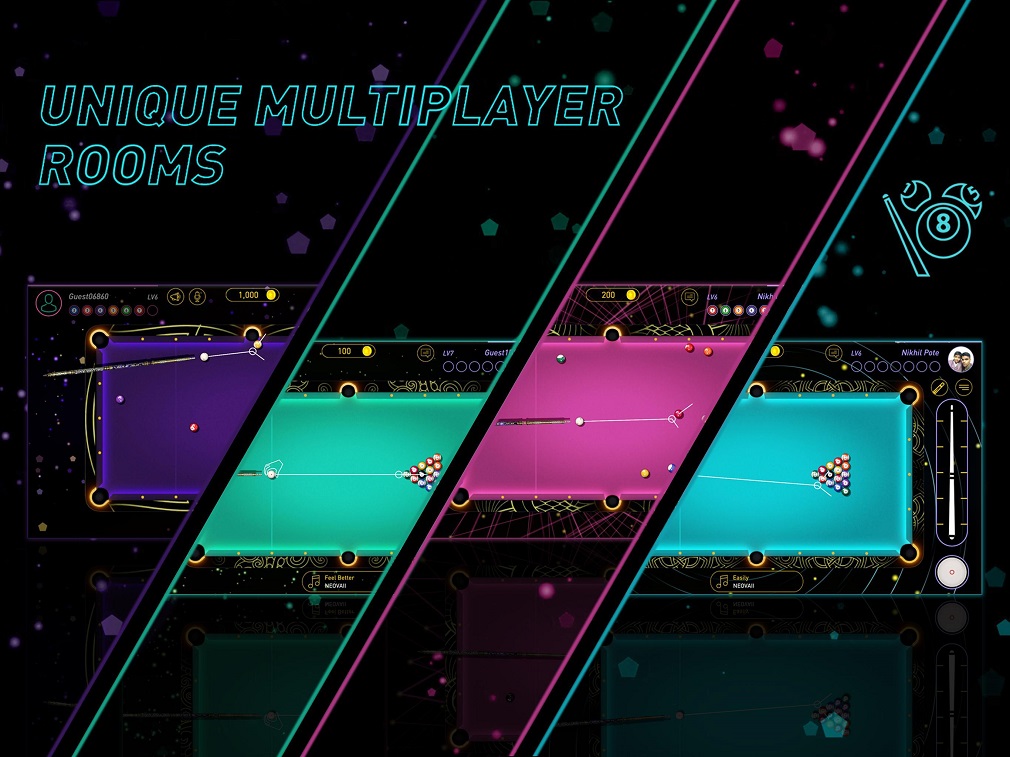 Also planned in the weeks following Sky 8 Ball’s initial launch is a team feature, where players will have the opportunity to create their own clubs where they'll be able to invite up to 10 players to join. Here they'll be able to choose different themes for the background and table whilst chatting with their pals through voice chat. The members will also be able to face off against each other in friendly matches which can be spectated by other people in the club.

Sky 8 Ball will be available on the App Store and Google Play when it launches at the end of July/early August. It will be a free-to-play game with in-app purchases. For more info and news about the game, be sure to check out Sky 8 Ball’s official website.