Battle your way out of the well you were pushed into

Farewell is a roguelike shooter from independent developer Nicolò Federico Pagano, also known as ThatzNiko. The game has drawn inspiration from the excellent Downwell and is available now for Android devices.

The concept is very straightforward then, the protagonist players take control of starts the game by being knocked into a well and they'll have to climb their way back out. The problem is the well is littered with a plethora of enemies that don't want them to escape. 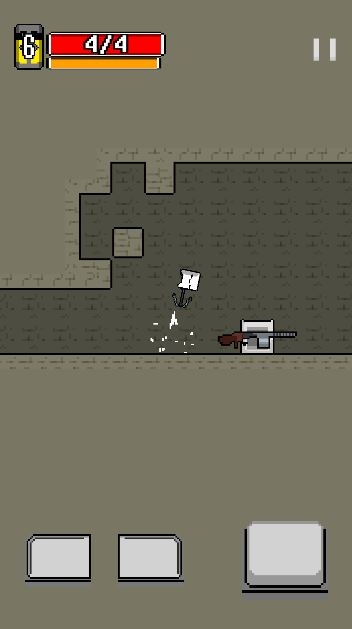 Fortunately, however, there are also plenty of weapons to be found in this world, I guess in this universe people just carelessly drop items into wells on a regular basis. There are only three on-screen buttons to make use of, left, right and jumping.

To shoot you'll have to hit the jump button while in mid-air, which also allows you to climb up higher as it propels your character through the air. So not only will you use weapons to vanquish your foes but also to progress further through the game. There is an energy system to manage however, so if you fire with reckless abandon you'll quickly find yourself out of stamina and falling back down with no control over where you'll land.

Much like other roguelike games, there are also additional characters to unlock as you meet varying criteria. They'll each have their own abilities that will encourage you to approach the game differently. For instance, the default character starts with more Energy that increases when you change weapons. Meanwhile, the Cursed character has very low HP but does earn experience more quickly meaning they can potentially become stronger faster.

Farewell is available now over on Google Play. It's a free-to-play game with in-app purchases.