Traplight's Battle Legion is a colourful auto battler whose big draw appears to be its 100v100 unit battles. Matches here last just 20 seconds or less, keeping the action incredibly fast and mobile-friendly, and while it's been playable for a fair while now, the game only recently launched globally.

Your input as a commander is required prior to the start of each round, with you deciding your army's layout and composition. There are said to be dozens of different unit types to select from, including standard soldiers, wizards, and even some fantastical creatures.

You'll also have to decide which powers your units should be using, then it's a case of sitting back and watching your masterplan unfold. That said, you don't always have to babysit your units, as they'll keep fighting and earning you rewards even when you're not around.

Your units, battlefield, and banner can all be personalised to your liking as you continue to progress, and extra content is introduced via bi-weekly seasons, the latest of which is the second part of the Great Plague event. Some of the new items up for grabs include premium cosmetics and seasonal powerstones, which allow you to boost your army's strength with fresh powers. 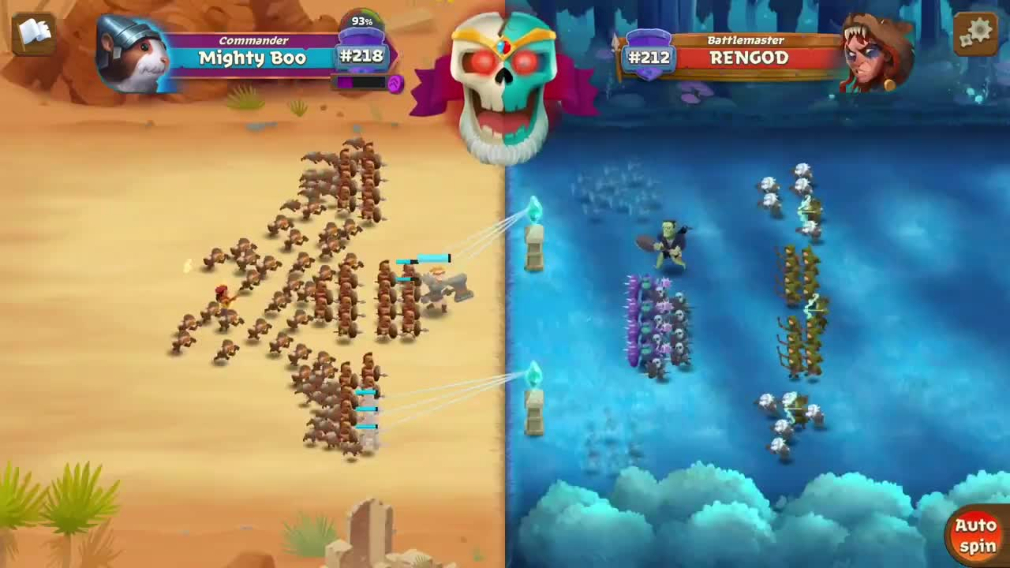 If you're a new or existing player who quite fancies joining the game's community, here are some handy links to its official Discord server and YouTube channel. Battle Legion is available for download now as a free-to-play game from over on the App Store and Google Play. Its season pass will set you back $4.99, and there are also the usual mix of progress-boosting IAPs on offer.

Searching for some high-quality multiplayer games to try with friends? Well, here are 25 of the best for iPhone & iPad
SEE COMMENTS