Netmarble's Marvel Future Fight has recently been updated to introduce new Characters, Uniforms and Stories for players to tackle. Most of the latest additions, with the exception of the additional story chapters, have been inspired by the Immortal Hulk comic book storyline that was created by Al Ewing and Joe Bennett.

There will be two new characters in total, both of which will have their Realize Potential feature unlocked right out of the gate. Those characters will be Abomination and Red She-Hulk, who players will be able to obtain in the game now. 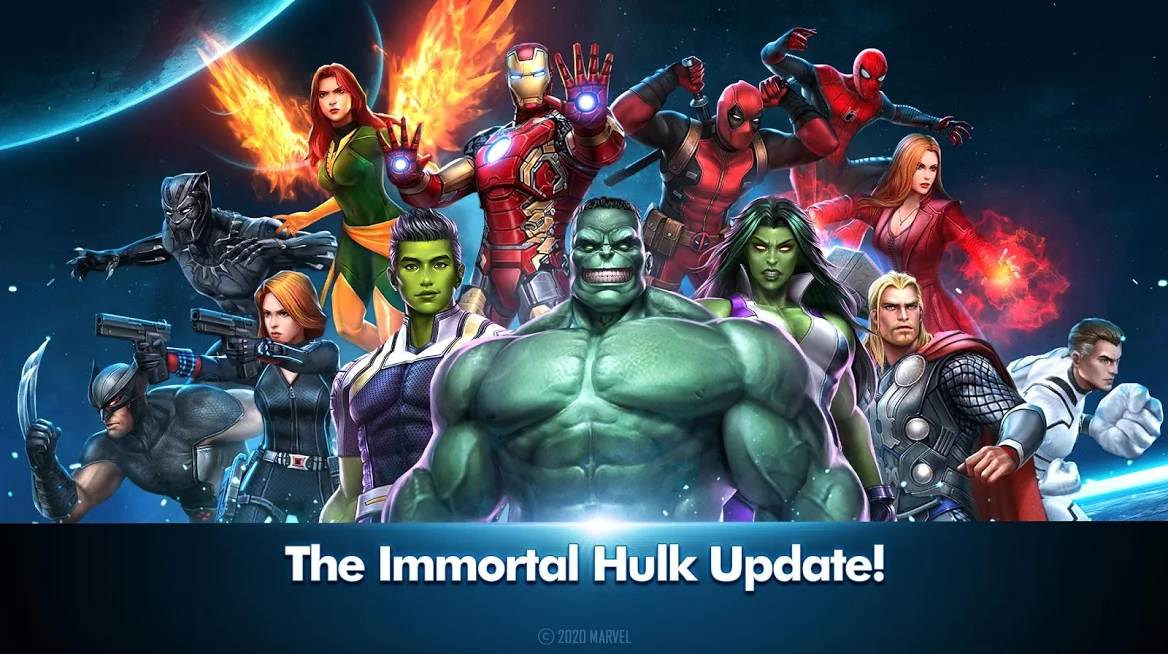 Elsewhere, there have also been some new uniforms added to give the existing characters a new look. There's an Avengers uniform for She-Hulk, a Brawn uniform for Hulk (Amadeus Cho) and finally, an outfit for Hulk himself that's styled after the Immortal Hulk.

The story update, meanwhile, is more focused on the Asgardians instead of Bruce Banner and co. It's called The All-War and will introduce chapters 11 and 12 to Marvel Future Fight. The story mode has also seen some changes that include an alternate mode with an ultimate level. This allows players to battle through the stages with Super Heroes of their choosing, rather than a fixed set.

Beyond that, Hulk can now be upgraded to Tier-3 and has received new ultimate skills. The Awaken Potential feature and awakening skills have also been unlocked for Hulk (Amadeus Cho). Finally, Shadowland has been extended to the 35th floor.

Looking for more RPGs to sink some time into? Here are 25 of the best available for iPhone and iPad