Archosaur Games, maker of Dragon Raja, has today unveiled its latest MMORPG. This one's called Noah's Heart, and it's aiming to offer a seamless open world to adventure through, save, or simply live a domestic life within.

Humans now live in a "post-civilization era" inside a strange land created by a mysterious entity. The world itself looks pretty neat, like a combination of high fantasy and steampunk. If you do choose to get wrapped up in its tale, you'll find yourself investigating the truth behind your world's creator and what might lie in store for mankind as a whole.

The world is procedurally generated, though this is said to open up tons of neat traversal opportunities, with you being able to explore on foot or from the comfort of a handy airship. It's also entirely seamless, which presumably means that areas won't be split up by loading screens.

You'll be able to gradually build relationships with the game's NPCs dotted around the globe. Getting to know the locals may end up triggering special events for you to take on, and they can also provide info that could come in handy on your adventure. 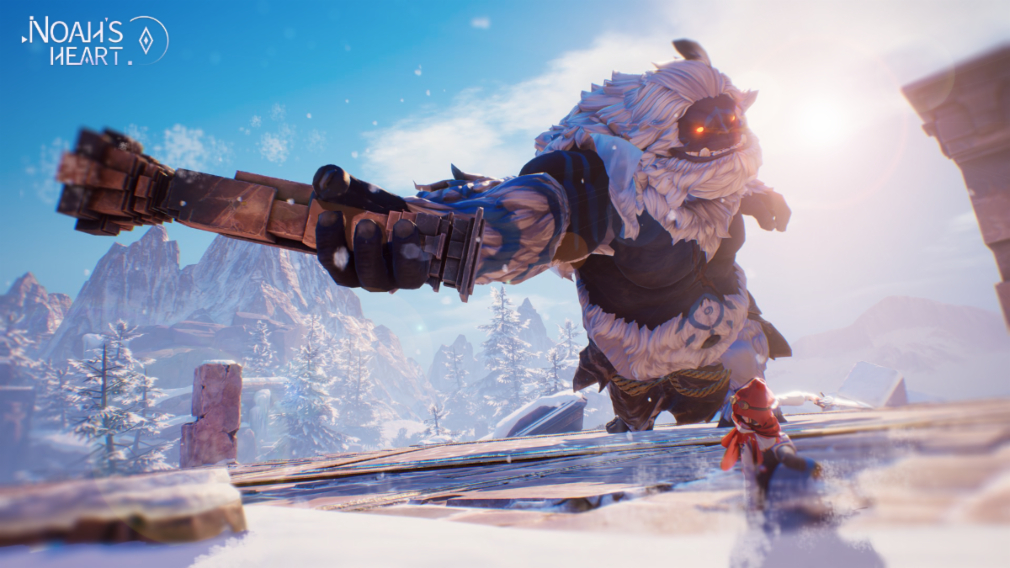 During the game's side missions, you'll sometimes have to make difficult decisions that will then impact on the story. For example, keeping certain characters alive during rescue attempts can cause that mission to progress in a wildly different direction. And once a choice has been made, there's no way to revert back.

Noah's Heart is slated to launch for mobile devices next year, though there's currently no word on whether or not the global version will arrive at a later date. Based on the screenshots and trailer above, it's even more visually impressive than Dragon Raja, which is no small feat. Procedurally generated worlds can obviously be incredibly hit or miss, but everything else the game is setting out to do has me intrigued. More info can be found on the game's Facebook page.

Searching for some high-quality RPGs? Here are 25 of the very best for iPhone & iPad

Crossy Road Castle: Basic tips for your angelic ascent to the top of the tower