Archosaur Games has finally announced the official launch date of its latest project; a mobile MMORPG called Noah’s Heart. The game will have a staggered release, arriving in some parts of the EU on July 14th for Android, and then releasing July 28th for the rest of us.

Noah’s Heart is a high fantasy adventure MMO that seems to hit just about all the highlights, with a few surprises along the way. Made using the Unreal Engine’s 4th version, the graphics are just about triple-A quality, and Archosaur puts them to work, utilizing these lovely visuals to show off the various massive biomes you’ll be adventuring through as well as doing battle within, or just simply chatting with a ton of uniquely designed creatures, each realized in full 3D goodness. 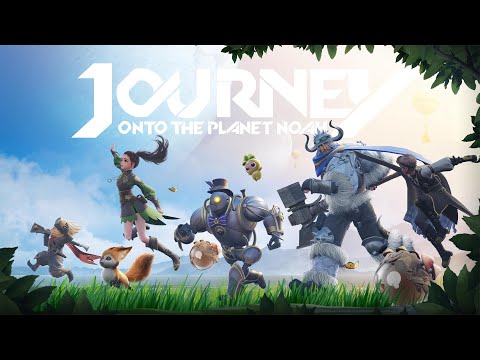 Noah’s Heart is definitely focused on combat and features a freeform way of approaching class design and character freedom. You’ll have a ton of options in terms of weapons, and no restrictions on your choices. You’ll have to utilize each and every one of those options depending on the situation and which monsters you’re doing battle with. The plus side, however, is that you’ll be doing said battle with your friends, so you can all coordinate and build your characters in specific ways to really match whatever challenge is thrown at you.

The details on what exactly you’ll be doing besides fighting creatures is fairly light, but I’d be willing to bet you can expect the usual MMO sides to be on the menu here. Things like crafting new gear, perhaps playing the auction house, lots of exploring of course, and plenty of other tiny pieces of content spread across the endearing world of Noah’s Heart.

If all that sounds up your alley, you can pre-register for Noah’s Heart right now on the App Store and Google Play as well ahead of that July 28th release date.

Looking for more mobile MMO action? Check out our Top 15 best MMOs for Android!
Next Up :
Jujutsu Kaisen Phantom Parade, the anticipated mobile adaptation of the popular anime, opens pre-registration in Japan